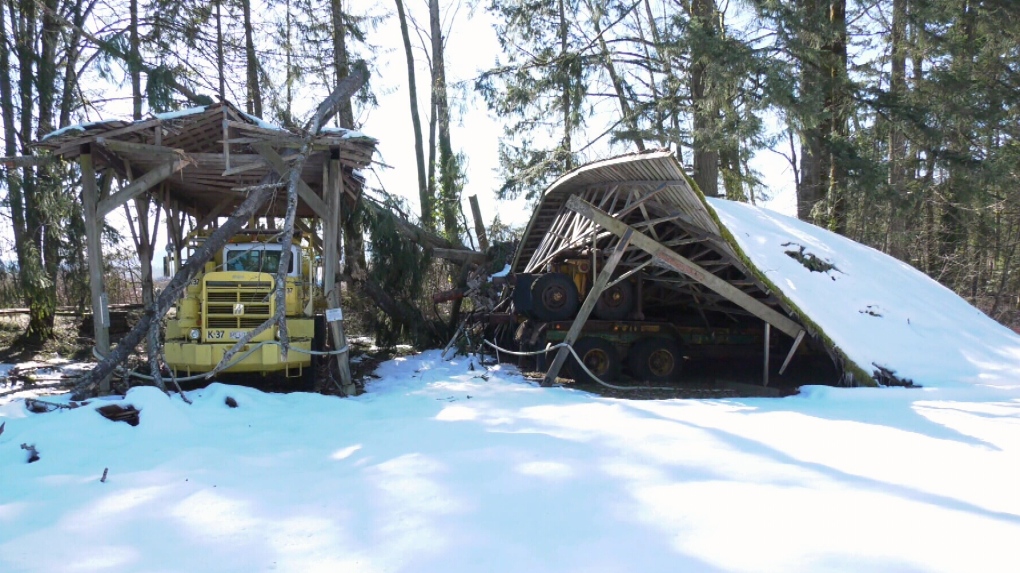 Damage to buildings at BC Forest Discovery Centre in Duncan is shown on Monday, Feb. 25, 2019. (CTV Vancouver Island)

When a devastating windstorm hit the Cowichan Valley just before Christmas, the BC Forest Discovery Centre did not go unscathed, suffering major damage.

Three buildings were destroyed and a platform next to one of the train stops was crushed under one of the 70 trees that were blown over. BC Hydro has since deemed it the most damaging windstorm in its history.

“We’re a forestry museum so when you lose that many trees, a lot of our volunteers had tears in their eyes,” said Chris Gale, centre manager.

Not only was the centre hit by the physical damage of the storm, it was also hit with financial damage.

“We had to cancel three days of the Christmas Express, which gives us a big chunk of what we need for the year. It’s a huge financial loss,” said Gale. “We were expecting 5,000 visitors over those three days. That equals $50,000 in lost revenue.

He said that money was vital to continuing operations into the next year.

It’s estimated that the storm caused about $100,000 in damage, so the centre has started a Canada Helps fundraising effort. 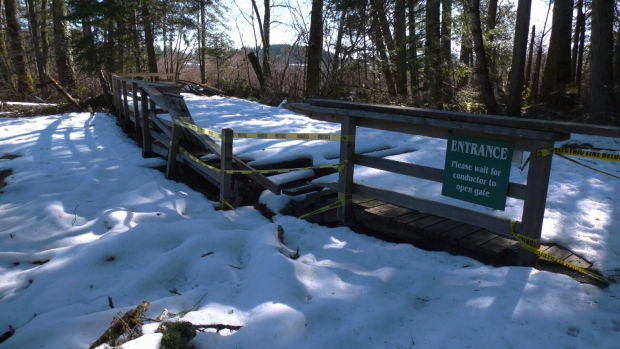 The money raised will go towards rebuilding the three destroyed buildings and clearing the 70 fallen trees around the property.

To find out more information or to donate, visit the BC Forest Discovery Centre website.

Last year, the Discovery Centre had its best year with 60,000 visitors. This year it is hoping to top that with a goal of 70,000 visits.