VICTORIA -- The whir of a helicopter's rotor blades lifting off from Hanson Island in mid-April were a sweet sound for First Nations land defenders, conservation officers and grizzly bear conservationists.

The pleasant hum was short-lived, however, as the shriek of two bullets silenced what was a pivotal moment for Indigenous reconciliation in British Columbia.

Inside a massive net hanging below the chopper was Mali. The huge grizzly bear was being transported back to mainland B.C. after rummaging through garbage on the small and remote island.

Hanson Island is part of the Broughton Archipelago, which is wedged between northern Vancouver Island and the mainland.

The bear's rummaging behaviour was what once would get a grizzly destroyed by conservation officers. But because of local intervention and the provincial government's desire to forward reconciliation, Mali was spared.

A rare partnership between local First Nations, the conservation service and the Grizzly Bear Foundation was forged. Talks quickly began and Mali was airlifted back to a remote estuary on the southern edge of the Great Bear Rainforest. 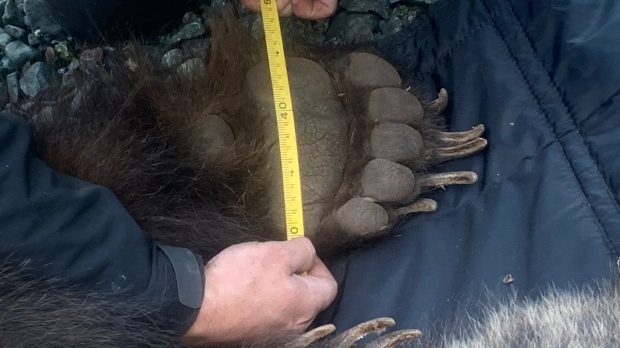 According to conservation officers, the lumbering bruin left the sanctuary of an undisclosed estuary where he was dropped off. Much like the swim he took to get to Hanson Island, Mali again took a dip in search of food or an undisputed home range.

His travels were cut short though, as a resident of an island in the Broughton Archipelago felt threatened, took aim and fired two deadly shots.

Conservation officers say their investigation found the shooting was in self-defence. It also uncovered a curious fact: Mali wasn’t lured to the location by human food or garbage, so the question now is why was the bear there at all?

“[With] instances like that, we want to know more information. First Nations have called for more information,” said Scapillati. “The minister of environment and COS [Conservation Officer Service] have been co-operative and are going to set up a meeting .”

His feelings of not doing enough for the bear butt up against his anger that a partnership with conservation officers largely ended when the bear was rescued.

“I thought we established this prior,” said Willie about the relationship forged with the province. “When you go out there, we want our guys out there with you. It’s our traditional territory."

First Nations conservationists say B.C. Environment Minister George Heyman has shown positive leadership and even phoned them when Mali was killed, but they say conservation officers neglected to inform them about any investigation.

The conservation service said in a statement that it will meet with local First Nations and attempt to continue the dialogue and partnership that gave Mali a second, although short-lived, chance at life.

Willie said First Nations in the Broughton Archipelago area have requested the bear's body be returned to them so it can be laid to rest in its traditional territory.

Willie also said that as a growing number of grizzlies migrate to Vancouver Island and smaller islands, more education is needed to replace guns with bear spray.

“The education piece needs to be first and foremost,” he said.