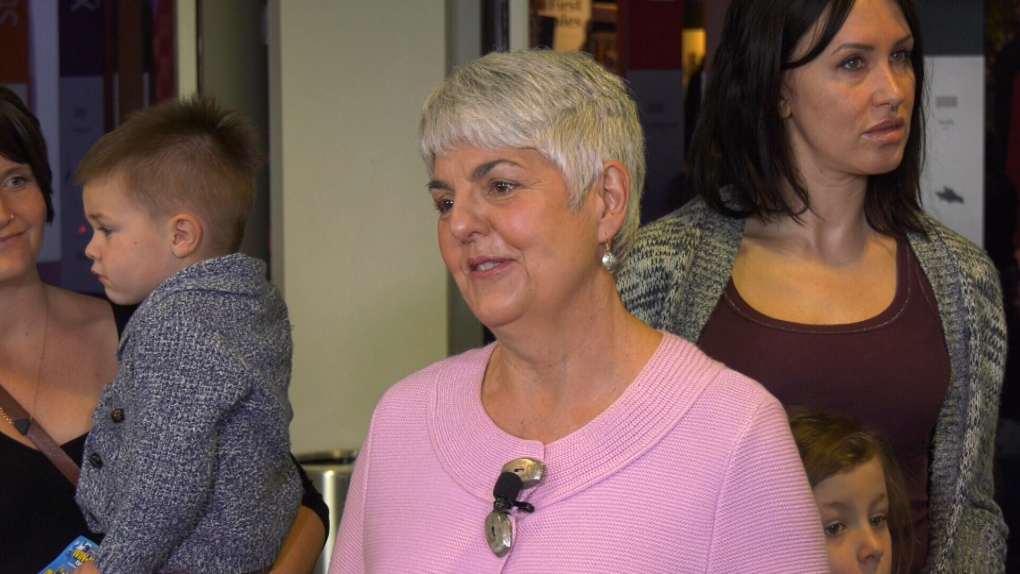 B.C.'s Finance Minister says she will not seek re-election next year: (CTV News)

VICTORIA -- B.C. Finance Minister Carole James says she has been diagnosed with Parkinson's disease and will not seek re-election next year.

James says she plans to remain in her posts as finance minister and deputy premier for as long as she is able to.

"I'm sharing this news now because I believe it's important to be open about what I am facing," she said in a statement Thursday. "Between 10,000 and 13,000 people in B.C. live with Parkinson's."

"Many of those people worry about stigma and what will happen if they reach out for support. If sharing my story can help others, that's a good thing."

James was first elected in the riding of Victoria-Beacon Hill in 2005 and went on to become the party's leader from May 2005 to December 2010.

She was appointed finance minister after the NDP formed government 2 1/2 years ago.

Before entering politics, she was president of the B.C. School Trustees Association as she served on the Greater Victoria School Board.

James is married to Albert Gerow, a First Nations artist and elected chief of the Burns Lake First Nation. The couple have two children and two grandchildren.

In a statement made Thursday, B.C. Premier John Horgan said he was saddened to hear of James' illness but was grateful for her years of hard work for the province.

"Parkinson's is a tough disease. Without diminishing the seriousness of the illness, Carole James is tougher," he said. "She has spent her entire public life fighting as hard as she can to make life better for people, and I know she will bring that spirit to this next challenge."

"Our entire team is tremendously grateful to Minister James for all that she has done, and all she will continue to do as an integral part of our government."