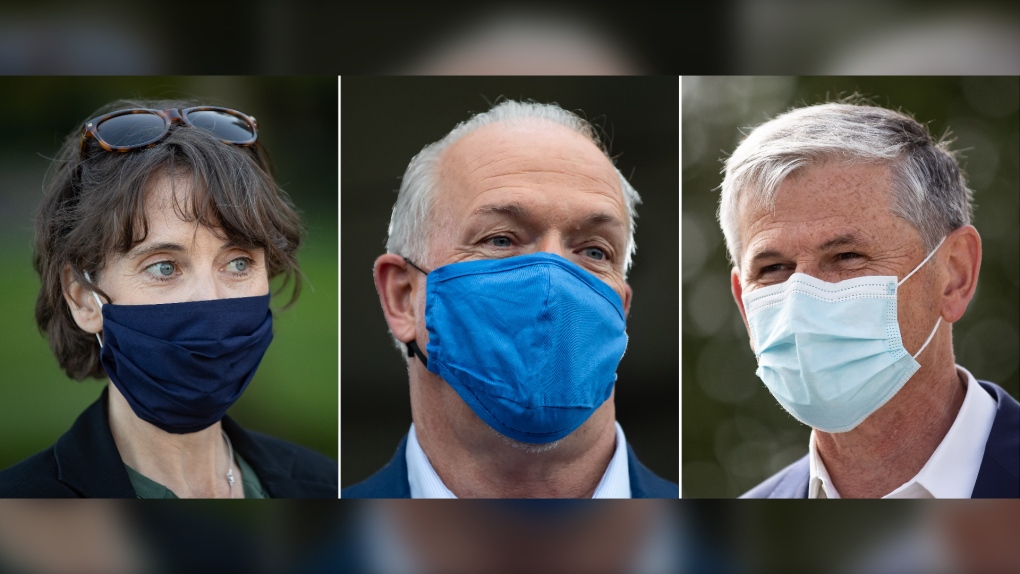 VICTORIA -- The B.C. Liberals and NDP are squabbling over how the COVID-19 pandemic might affect voter turnout in Saturday's election.

Liberal Leader Andrew Wilkinson defended a news release from his party on Tuesday that questioned NDP Leader John Horgan's decision to call the election a year early, arguing it “is suppressing voter turnout and putting those that do vote at risk.”

Horgan said Wilkinson is off base, adding that almost 500,000 people have voted in advance polls and more than 700,000 mail-in ballots have been requested.

He said those numbers show the level of interest in the campaign.

But she also rejected suggestions that the best way to unite progressive voters is to back the NDP, saying people should cast their ballots out of inspiration or hope.