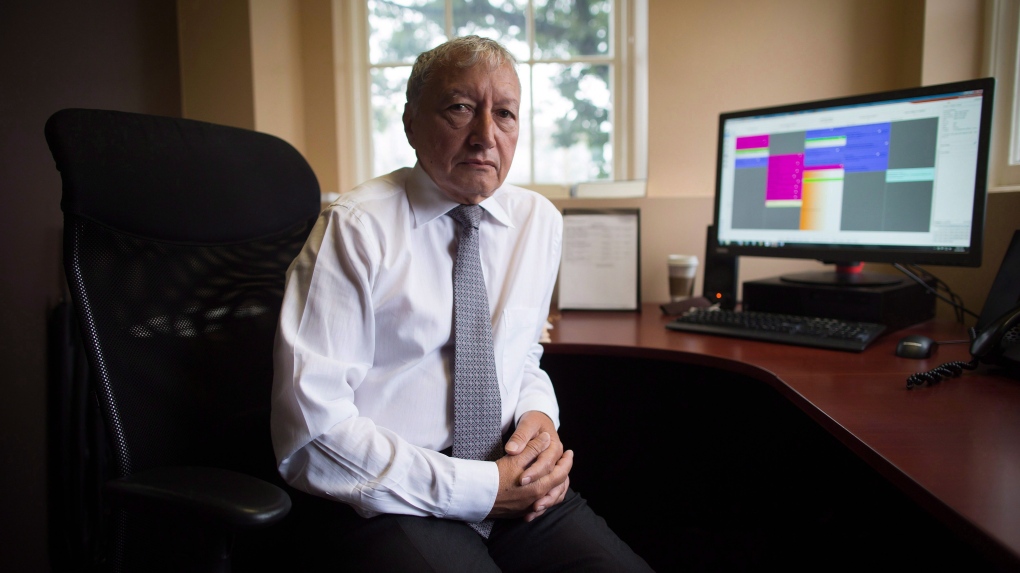 Dr. Brian Day, Medical Director of the Cambie Surgery Centre, sits for a photograph at his office in Vancouver on August 31, 2016. (The Canadian Press/Darryl Dyck)

VANCOUVER - A 10-year court battle launched by an orthopedic surgeon against the British Columbia government heads into closing arguments today over a case that hinges on patients' rights to get private health care if they're waiting too long in the public system.

Doctor Brian Day began his B.C. Supreme Court challenge after he says he opened the Cambie Surgery Centre in 1996 in order to allow doctors more operating-room time when they couldn't get it in hospitals.

Day says Canada's universal health-care system is a myth when it comes medically necessary surgeries and diagnostic tests that aren't available within acceptable wait times and people have the constitutional right to pay for private care instead of suffering.

But lawyers for the government say in written closing arguments that Day's case does not merit a constitutional argument and he has failed to establish that patients who wait for care in the public system actually suffer any harm.

Doctor Danyaal Raza (DAW'-nee-ahl RAW'-za), board chair of Canadian Doctors for Medicare, an intervener in the case, says innovations in hip and knee surgeries in B.C., have reduced wait times and are being used in Alberta and parts of Ontario while other changes are needed to make the public system more robust.

The B.C. Nurses' Union and the B.C. Health Coalition are also interveners, and says privatization weakens the public system by providing incentives for health-care workers to switch to higher-paying private clinics.