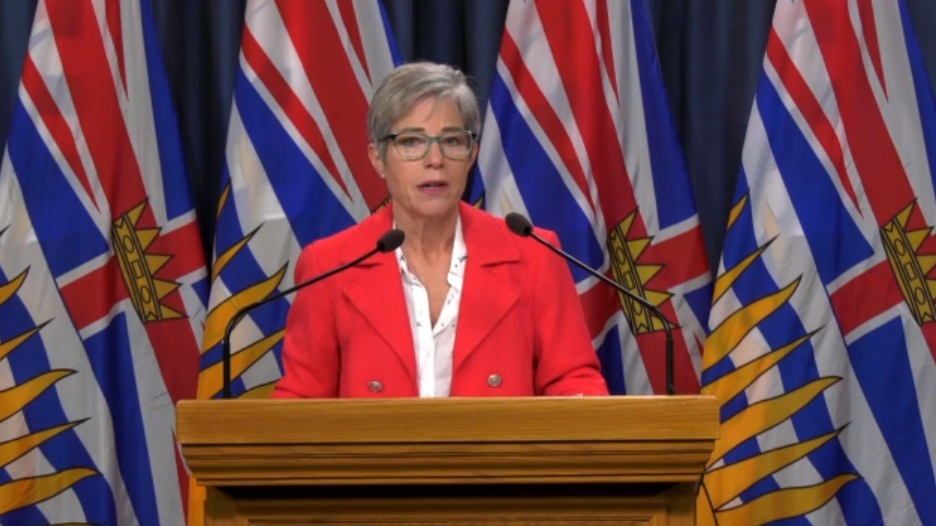 VICTORIA -- The British Columbia government is projecting a $13.6-billion deficit by the end of the fiscal year, due in large part to massive spending during the COVID-19 pandemic.

The deficit projection is roughly $850 million higher than the finance ministry forecasted in September.

The province now expects to spend $10 billion by next spring on its ongoing COVID-19 recovery plan, which includes income supports and tax credits for residents and businesses.

The plan includes $1.7 billion for the province's newly announced COVID-19 Recovery Benefit, which will provide tax-free payments of up to $1,000 for families and $500 for individuals. Applications for the benefit open Friday.

Finance Minister Selina Robinson said Thursday that while the pandemic has been hard on the province’s finances, the economic outlook for B.C. has improved in recent months with gains in employment, retail sales and housing activity.

“I look to next year with hope,” Robinson said from the B.C. legislature in Victoria. “This update offers hopeful signs for all of us."

The province’s GDP is now projected to decline by 6.2 per cent in 2020, an improvement over the 6.7 per cent drop projected earlier this year.

The finance ministry says GDP should make a partial recovery next year, with three per cent overall growth projected.

The province’s labour market regained 359,100 jobs from May to November, with the unemployment rate falling to 7.1 per cent last month from a pandemic high of 13.4 per cent.

“After huge job losses in March and April, our labour market has been improving,” the finance minister said.

Provincial revenues have grown by more than $1.4 billion since the province’s first quarterly report in September, while spending has increased from $67.8 billion to $70 billion.