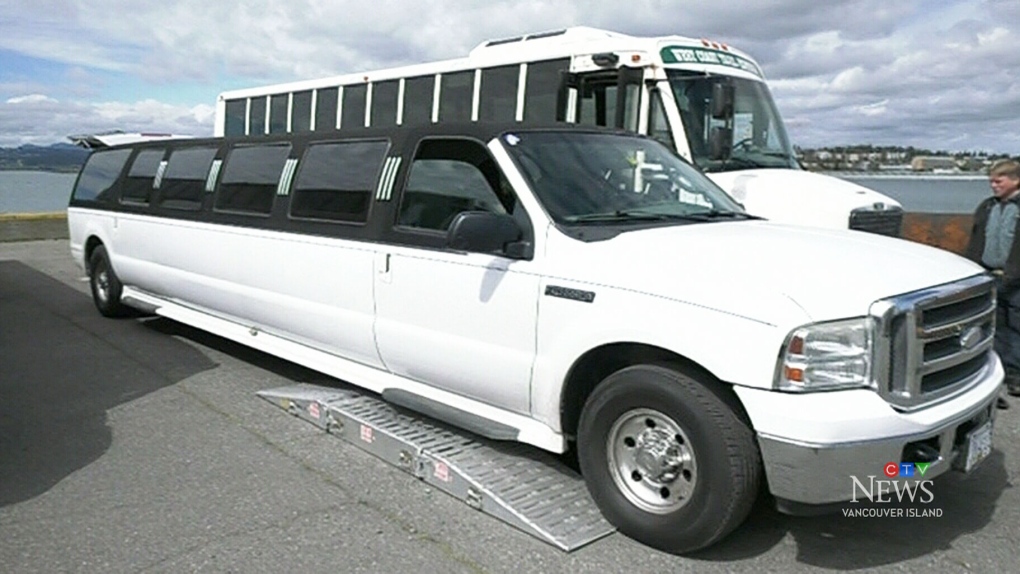 The coroner's service is calling on the B.C. government to improve oversight party buses after reviewing the death of a young woman in Vancouver: (CTV News)

VANCOUVER -- The coroner's service is calling on the B.C. government to improve the oversight of commercial vehicles after reviewing the death of a young woman who fell from a party bus in Vancouver.

Twenty-three-year-old Chelsea James died on Jan. 9, 2016, after she fell against the vehicle's passenger door and it opened suddenly, causing her to tumble onto the street where she was struck by its rear tires.

Coroner Cynthia Hogan says in her report released Tuesday that the bus had a long history of door malfunctions and was issued with multiple repair orders, but a provincial oversight agency allowed it to keep operating despite receiving no proof of repairs.

She says a Vancouver police investigation following James's death found that the door could be opened while moving due to a combination of low operating pressure and a non-functional secondary locking mechanism.

The coroner recommends the Transportation Ministry implement a tracking system to ensure that all repair orders are documented and non-compliance results in appropriate action.

It should also create a quality management process for inspection facilities.

As well, Hogan says the ministry should revise commercial vehicle inspection reports so all repairs completed on a vehicle are documented.

Shelly James says those safeguards should have been in place before her daughter's death.

“I'm glad there have been changes made and I'm so thankful for that, but my daughter paid the price with no accountability and that's hard,” she says, adding the report was difficult to read.

“A lot of injustice was done. ... It's not new information, but it just really hits you hard.”

James's death prompted the provincial auditor general to review commercial vehicle safety and make a number of recommendations in December 2018, including improvements to vehicle inspections and enforcement.

The driver of the party bus was charged under the Liquor Control and Licensing Act for allowing open alcohol inside the vehicle, but no other charges were filed in relation to the incident.

The coroner's report is also being reviewed by the B.C. Limousine Association.

This report by The Canadian Press was first published Jan. 28, 2020.