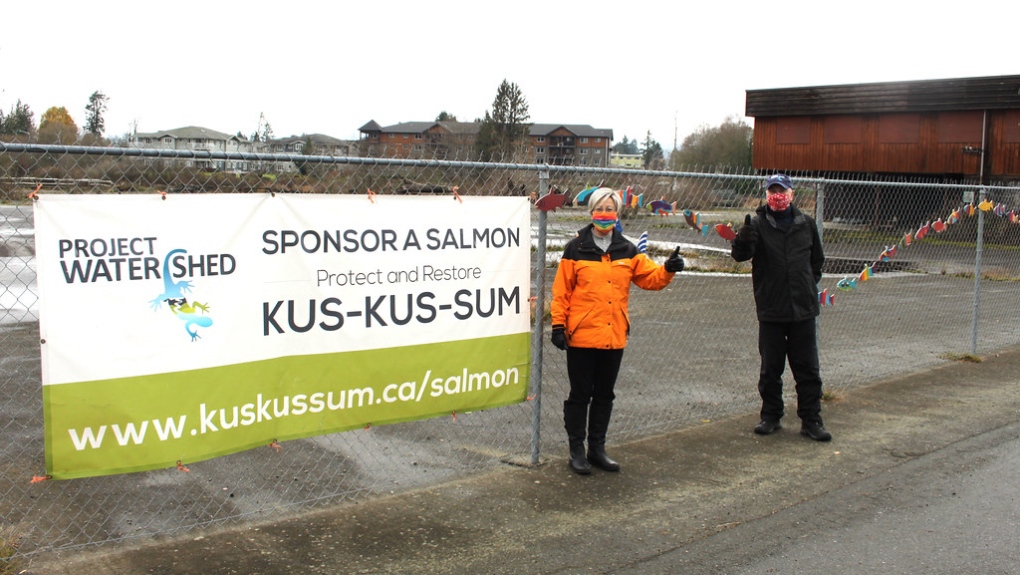 Courtenay-Comox MLA Ronna-Rae Leonard and Bill Heidrick, Chair of the Project Watershed board of directors, at the site of an abandoned sawmill at the edge of the Comox estuary: (Province of B.C./Flickr)

VICTORIA -- The B.C. government is contributing another $650,000 to help purchase a former industrial site on Vancouver Island and covert it back into natural habitat.

The funding is going to the Comox Valley Project Watershed Society to purchase an abandoned sawmill from lumber company Interfor. The sawmill is located at the edge of the Comox estuary on K’ómoks First Nation land.

At the abandoned industrial site, conservationists and the K’ómoks First Nation hope to have the land restored to a natural saltmarsh, side-channel and riparian habitats.

These habitats will in turn help local wildlife and fish – including salmon – recover in the region, as well as mitigate flooding in the area.

The province’s $650,000 contribution covers the purchase of the land, and comes roughly one year after the province committed $1 million to the project.

The restoration project site has been named Kus-kus-sum, after a historic First Nation village that used to be located in the area, which was home to an ancestral burial site.

"Restoring the cultural and historically significant site of Kus-kus-sum is a vision K’ómoks First Nation shares with Project Watershed and the City of Courtenay, and we appreciate the B.C. government for providing the additional bridge funding to aid in this restoration," said K’ómoks First Nation Chief Nicole Rempel in a release Friday.

"Being stewards of the lands and waters, it is inherently our duty to restore and assist in the rehabilitation of the natural habitat of the salmon and various marine and wildlife in this area," she said.

In addition to its environmental benefits, the B.C. government says the funding of the restoration project is an important step towards local reconciliation.

Funding for the Comox Valley Project Watershed Society’s restoration project comes from the province as well as private donations from the local community and philanthropists.