B.C. calls on Ottawa to share IDs of airline passengers exposed to COVID-19 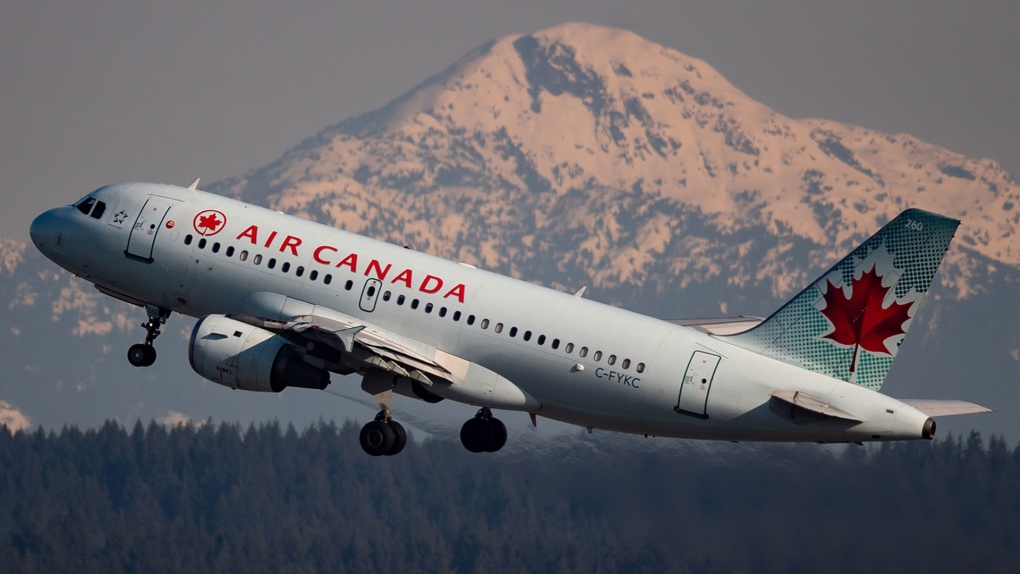 B.C.'s minister of transportation says the airline passenger data the province currently receives from Ottawa "is not necessarily complete and is sometimes unusable." (THE CANADIAN PRESS/Ryan Remiorz)

VICTORIA -- The B.C. government is calling on Ottawa to share the identities and contact information of airline passengers who may have been exposed to COVID-19.

In a letter sent Wednesday to federal Transport Minister Marc Garneau, B.C.'s minister of transportation says the passenger data the province currently receives from federal transportation authorities "is not necessarily complete and is sometimes unusable."

Minister Claire Trevena says that instead of the full name and contact information of the airline passenger in question, the data often only includes the name of a travel agency or another individual who booked the ticket. Sometimes only a frequent flyer is listed, Trevena says.

"We encourage the federal government to ensure the data gathered is usable and traces back to the individual traveller directly."

In the letter, Trevena also calls on Ottawa to ensure that federal air travel protocols are being followed, saying provincial officials have found "an inconsistency or lag in their implementation."

Specifically, Trevena says Transport Canada needs to ensure consistent screening for symptoms before passengers can board an aircraft, as well as flexible cancellation policies for those who develop symptoms after booking.

The minister also asks Ottawa to ensure there is adequate testing at arrival gates for international flights, and asks for better insurance protocols to cover COVID-19 treatment for non-B.C. residents who require medical treatment in the province.

"We recognize the federal government’s efforts to work with the airline industry to develop consistent and fair policies based on best public health practices to ensure the public can travel safely and carefully," Trevena says.

"We would like to encourage and support the federal government in its work to maintain public safety by helping to improve the flight passenger data available to health officials."

A spokesperson for the federal transport minister said Garneau and Trevena spoke on the phone late Thursday afternoon, adding the ministry is "currently exploring all options and working to find a solution to this matter, and that a working telephone meeting will take place very soon with B.C.’s health authorities."

Federal officials are trying to sort out how much information airlines should provide, and how the data should flow to provincial and territorial health authorities as they track down anyone who may have been on a flight with someone who tested positive for COVID-19.

Mike McNaney, president of the National Airlines Council of Canada, said in a statement that flight information is provided when requested, “per established procedures for communicable diseases” and usually in less than 24 hours.

“Our members are fully committed to protecting public safety,” the statement said.

The divide in talks between Ottawa and the airlines appears to fall along whether phone numbers or email addresses are enough, or if residential addresses, for instance, should also be part of any handover.

A federal government official told The Canadian Press on Wednesday the issue revolves around information collected for domestic flights, with one of the hurdles being finding an agreement that satisfies all parties involved.

The official was not authorized to speak on the record because efforts are being headed by the Public Health Agency of Canada.

The federal health agency already requires airlines to provide information on travellers arriving on international flights, who are subject to strict quarantine rules.

Public health officials tried to trace contacts for every person early on in the pandemic, but those efforts slowed as people were ordered to stay home or quarantine, and as travel dropped.

Canada's chief public health officer Dr. Theresa Tam said Tuesday there could be improvements to the data that airlines provide, noting flight manifests lack all sorts of details that make it difficult to reach people in certain seats.

Tam also said there hasn't been a confirmed case of in-flight transmission.

“Very few of our cases actually come from travellers at the moment,” she said. “But now that our case numbers have gone down, there's been more interest in why don't we follow some of these planes and see if there's been any contact at all that's been exposed or transmitted.”

Air operators have to record the names of everyone on board an aircraft, but there is no federal requirement that they submit passenger manifests to Transport Canada, said Livia Belcea, a Garneau spokeswoman.

Belcea referred further questions back to the federal health agency, saying it is responsible for facilitating information-sharing between airlines and provincial health authorities.

“Airlines should be making sure that accurate information is being shared as soon as possible and it shouldn't be up to them to pick and choose how they do it,” she said. “It should be the federal government mandating them.”