B.C. buys Victoria hotel for $25M to use as shelter 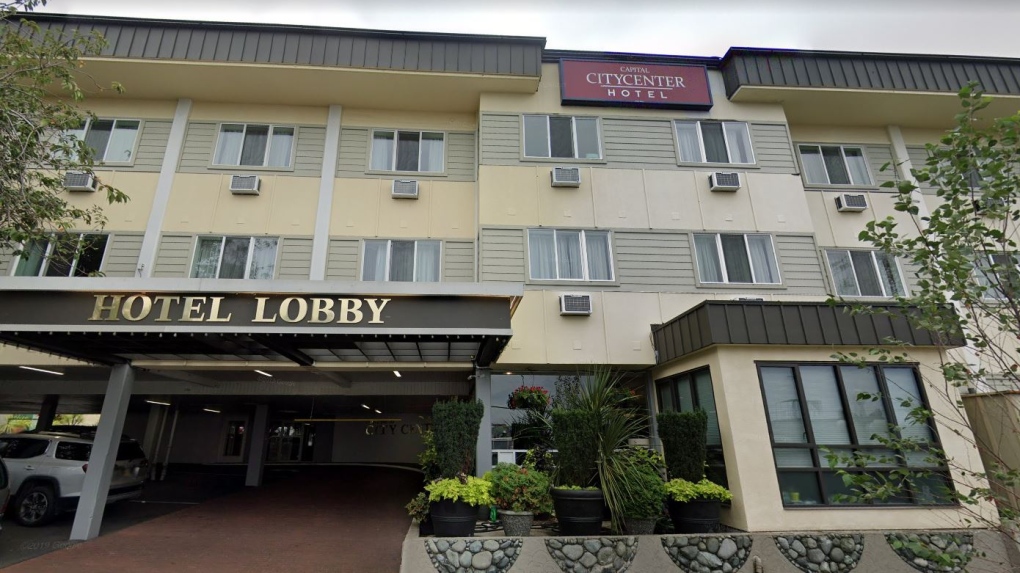 VICTORIA -- The B.C. government has purchased the Capital City Center Hotel in Victoria for approximately $25 million to use as temporary housing for nearly 100 people, the province announced Wednesday.

Previously, the hotel – located at 1961 Douglas St. – was leasing 83 of its 96 rooms to the province to use as sheltering space. Now, the province has purchased the hotel outright.

"Because this hotel is now in public ownership, the almost 100 people who are safely housed with supports now can breathe a sigh of relief – they won’t have to move at the end of the lease," said David Eby, Attorney General and Minister Responsible for Housing, in a release Wednesday.

"Even better is the news that this site will be the location for even more affordable rental housing in the future," he said.

The province says it will convert 94 of the hotel's rooms into temporary housing units, while the remaining two rooms will be used for administrative purposes.

In addition to the hotel property, BC Housing has purchased the parking lots surrounding the building at 722 and 726 Discovery St. In the long term, the province plans to convert the area into rental housing.

"The purchase of this hotel creates stable housing options now and opportunities for rental housing in the future that will serve people in Victoria for decades," said Eby.

Before redevelopment begins, the province says it will collect feedback from the local community, and will help establish a community advisory committee to monitor the project.

In the meantime, Our Place will continue to operate the temporary shelter, as it has been since Oct. 2020, according to the province.

Wednesday's announcement comes as B.C. and the City of Victoria continue their efforts to house everyone living in city parks by the end of April.

"The impacts of this pandemic have exposed cracks in our social safety net," said Victoria Mayor Lisa Helps in a statement Wednesday. "Nowhere has this been more visible than in the individuals at risk of or experiencing homelessness."

"This land acquisition helps people in need now, but it is also a prime site for redevelopment for purpose-built rental housing in the longer term," she said.