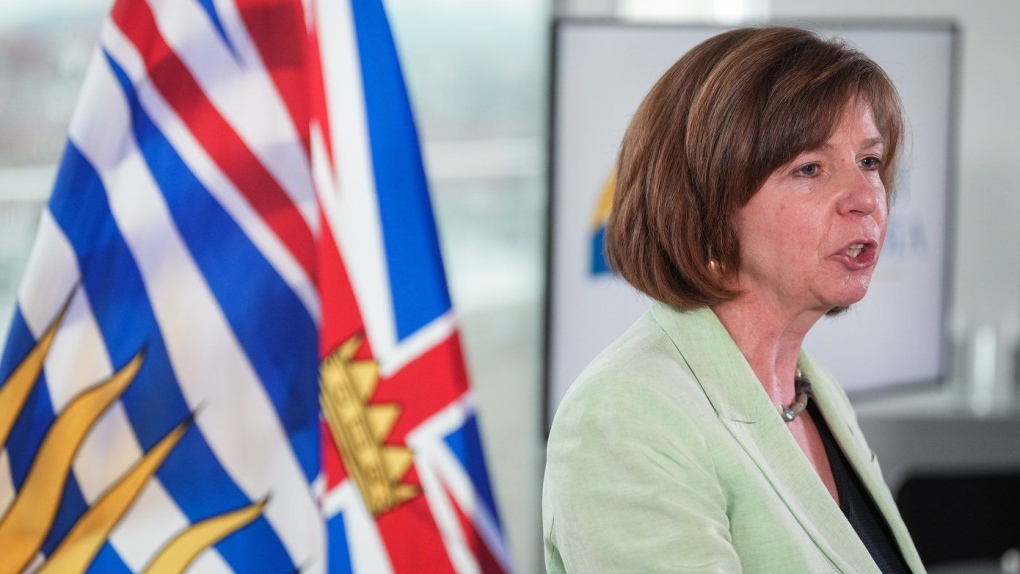 B.C. Minister of Mental Health and Addictions Sheila Malcolmson speaks during a news conference, in Vancouver, on Tuesday, May 31, 2022. THE CANADIAN PRESS/Darryl Dyck

The British Columbia government says inmates struggling with mental health and substance use will be supported after they leave jail by transition teams connected to all 10 of the province's correctional centres.

Mental Health and Addictions Minister Sheila Malcolmson says that's an increase from inmates at five facilities getting help with services like housing, health care, transportation and treatment when they are released.

The length of time those services are offered will triple to 90 days, and Malcolmson says communities would benefit from less crime by former inmates who are supported after leaving a correctional facility.

Malcolmson says more staff are being hired for transition teams, which include social workers, nurses, peer support workers and so-called patient navigators who are Indigenous.

She says incarcerated people who have substance use challenges have often lost their homes, jobs and connections with family, and are 12 times more likely to die of overdose following release.

The services are being bolstered based on recommendations in a recent report by a former Vancouver deputy police chief and an expert on mental health and the criminal justice system.

This report by The Canadian Press was first published Oct. 3, 2022.