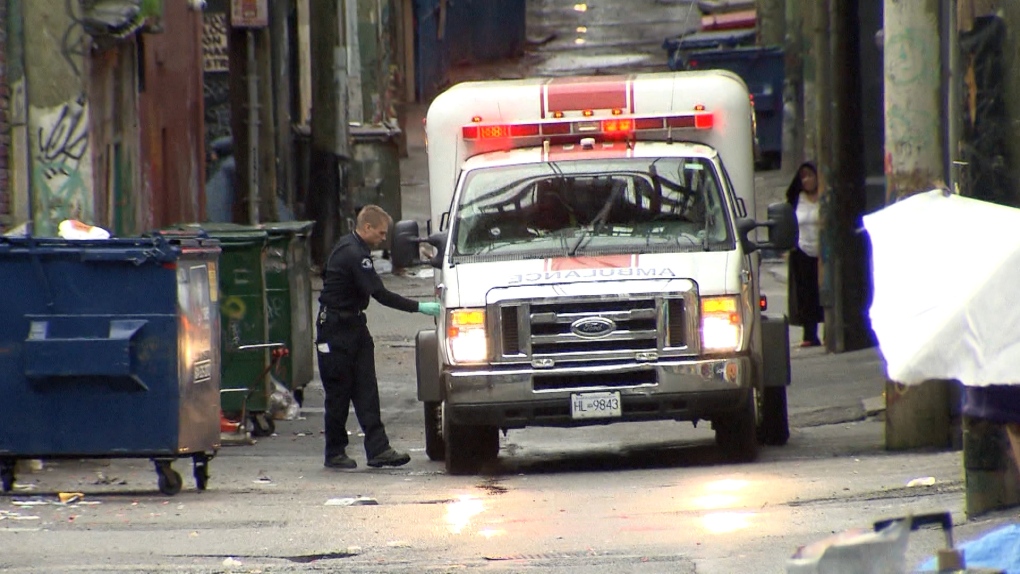 The B.C. government has earmarked more than $10 million to accelerate the province's overdose prevention response.

VICTORIA -- The British Columbia government says it is accelerating its response to the overdose crisis by expanding lifesaving overdose prevention, treatment and support services.

In a statement on Tuesday, Minister of Mental Health and Addictions Judy Darcy says the illicit drug supply is more toxic than ever before due to the COVID-19 pandemic.

She says funds for the accelerated response are part of the $10.5-million set aside to address the crisis province-wide.

A total of 29 new supervised consumption or inhalation services will be opened, while 42 nurses, social workers and peer support workers will join 14 new or existing outreach teams.

A statement from the Ministry of Mental Health and Addictions says the teams will connect people with substance-use challenges, including those who use drugs alone, to services they need.

The BC Coroners Service said last month that a record 175 people died in June of illicit-drug overdoses, surpassing the previous record of 171 deaths just one month before.

Overdoses have killed about 5,000 people in B.C. since a public health emergency was declared in 2016 as the illicit drug supply was tainted by substances including the powerful opioid fentanyl.

Katrina Jensen, executive director of the Victoria-based AVI Health and Community Services, says the measures are a “huge step in the right direction” toward supporting drug users.

“This will make a significant difference in enhancing overdose prevention services and increasing access to safe supply, which in turn will help support more people during this challenging time,” Jensen says in the statement.

This report by The Canadian Press was first published Aug. 4, 2020