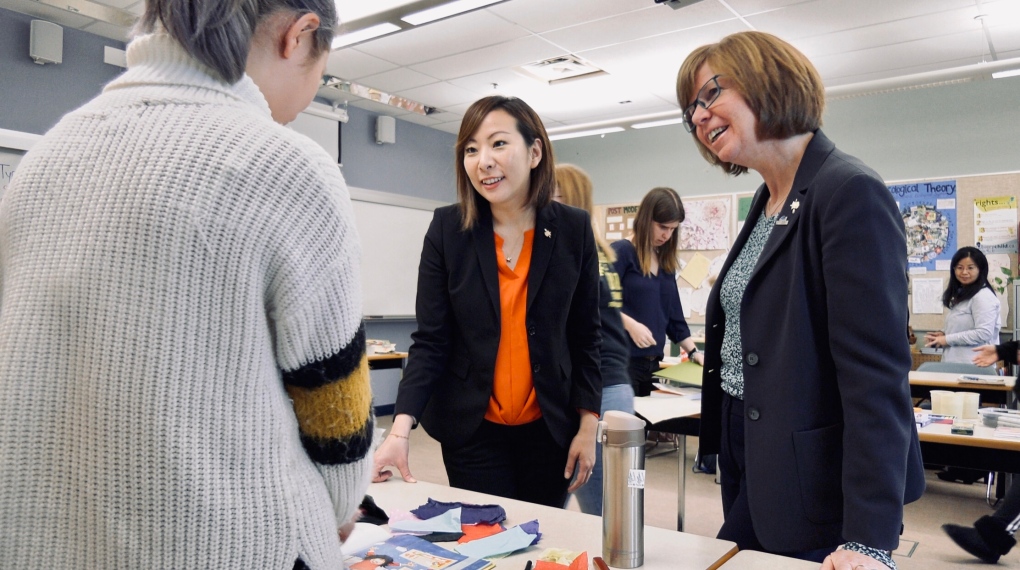 VICTORIA -- The B.C. government says it remains on track to add hundreds of new childcare spaces in the province despite the COVID-19 pandemic.

Minister of State for Child Care Katrina Chen and parliamentary secretary for gender equity Mitzi Dean announced Wednesday that thousands of childcare spaces have been added across the province this year at a rate of roughly 700 new spaces per month.

“I know firsthand how essential it is for families to have access to affordable and reliable childcare,” said Dean.

“At the heart of every one of these spaces is a child and a family.”

Since July 2018, nearly 16,800 childcare spaces have opened up in the province, according to the B.C. government.

Chen says that childcare operators and early childhood educators have proven to be a critical sector during the pandemic.

The minister says that essential workers, like those who work in the health-care sector, rely on childcare so that they can continue to access their jobs.

Early educators “are the workforce behind the workforce,” said Chen. “This pandemic has really showed that childcare is the backbone of B.C.’s economy.”

Chen adds that the majority of early childhood educators in B.C. have received a $2 an hour wage enhancement due to the pandemic.

Chen and Dean were joined by representatives of the Nanaimo-Ladysmith School District on Vancouver Island, where many of B.C.’s new childcare spaces were recently added.

A total of 536 new licenced childcare spaces were announced in the region Wednesday, at 12 different locations.

Two of the locations are standalone facilities, while 10 of the childcare sites are located at existing schools.

Further information on where the new childcare spaces are located can be found here.

Returning to school this fall

With back-to-school plans for B.C. still under development, it is currently unclear what childcare will be available for students if hybrid learning is rolled out this fall.

Hybrid learning would involve older students only attending classes in-person every other day of the week due to physical distancing guidelines.

Many B.C. parents have voiced concern about how they would return to their jobs if their children were at home for half of the week.

Chen was unable to answer if childcare would be available for students who were not scheduled to be in school on a given day, but said that there would be “more information to come.”

On July 9, Education Minister Rob Fleming said that an official plan for restarting schools in B.C. would be announced within three weeks.

Fleming suggested that younger students in Kindergarten to Grade 7 would ideally be returning to schools five days a week.

“That is the goal, to have school instruction five days a week,” said Fleming at the time.