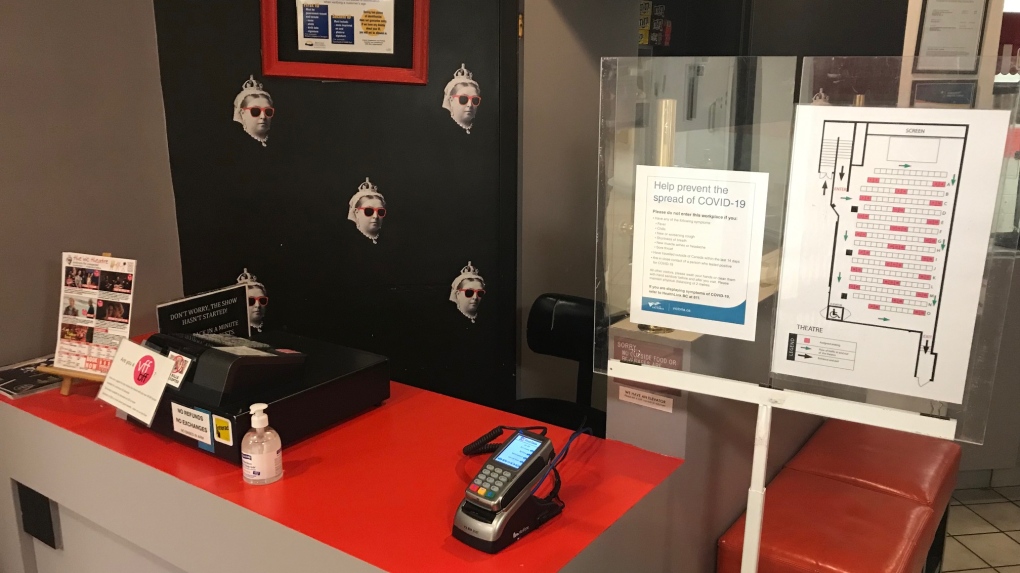 The Vic Theatre has taken measures to keep movie-goers safe during the pandemic and will also be selling sparkling wine to patrons. (CTV News)

VICTORIA -- The Vic Theatre will be presenting an Audrey Hepburn film showcase called "Audrey in the Afternoon" for the month of October.

Each Saturday afternoon, the theatre will show one of the iconic film star’s highly rated but harder-to-find films.

The Victoria Film Festival, which runs the theatre, says Hepburn, who is best know for her performances in Breakfast at Tiffany’s and Roman Holiday, brings something unique to the silver screen.

"The films are light and fun and she has such great leading men and the directors were also top of their field," says festival director Kathy Kay. "I think it will be a really enjoyable experience."

Kay says that with everything that's going on in the world, movies can help people escape.

“What movies can bring right now is just a little enjoyment in to your life," she says.

The Vic Theatre has taken measures to keep movie-goers safe during the pandemic and will also be selling sparkling wine to patrons.