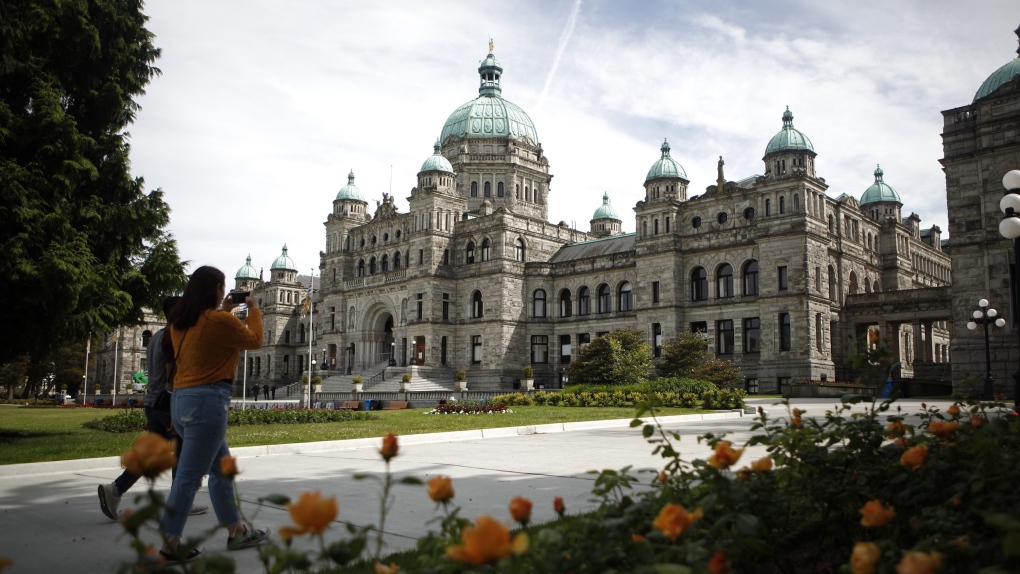 The B.C. Legislature in Victoria, B.C. is shown on Wednesday, June 10, 2020. THE CANADIAN PRESS/Chad Hipolito

VICTORIA -- Auditor general Michael Pickup says he has long-running concerns with the way the British Columbia government counts the money it receives from other levels of government.

Pickup outlined Tuesday what he describes as a nine-year accounting difference of opinion his office has with B.C. over the way federal funds for capital projects are added to the province's annual budget totals.

He says the federal money B.C. gets for projects like bridges and highways should be recorded as revenue under generally accepted accounting principles, but B.C. reports the funds in smaller amounts that are calculated over the life of a project.

Pickup says the accounting difference means that B.C.'s 2019-20 budget deficit of $321 million should actually have included accumulated revenue of $5.7 billion, producing a surplus of $5.4 billion.

He says the budget amount has been growing since 2011-12 when the office of the auditor general first raised the issue.

Pickup's audit includes a statement from B.C.'s office of the comptroller general that says the province prepares its financial statements in accordance with the Budget Transparency and Accountability Act, which establishes the government's framework for financial reporting.

The Ministry of Finance was not available for further comment Tuesday.

“Not following these accounting standards results in under-reporting revenue, which I believe clouds the province's true financial position,” Pickup told a news conference.

This report by The Canadian Press was first published March 2, 2021.