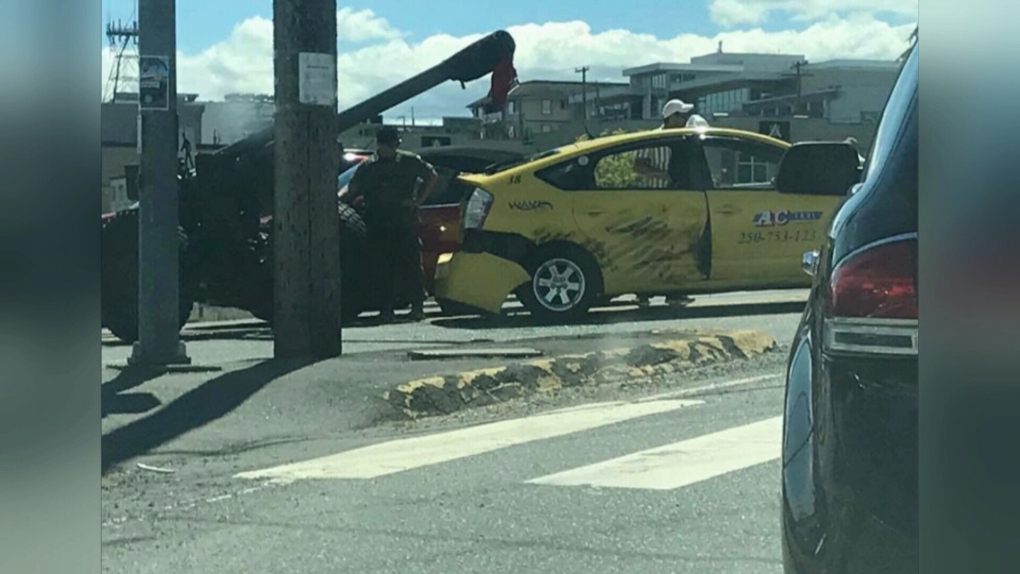 An artillery gun broke loose from a military vehicle and struck a taxi in Nanaimo, B.C. on July 21, 2018.

The Canadian Armed Forces are investigating an unusual traffic accident in Nanaimo, B.C. involving a taxi and an artillery gun.

The massive weapon came unhitched from a military vehicle and rolled downhill Saturday, hitting a cab in the intersection of Comox Road and Terminal Avenue.

No one was injured, but the cab suffered extensive damage.

RCMP investigators were also on scene after the incident.