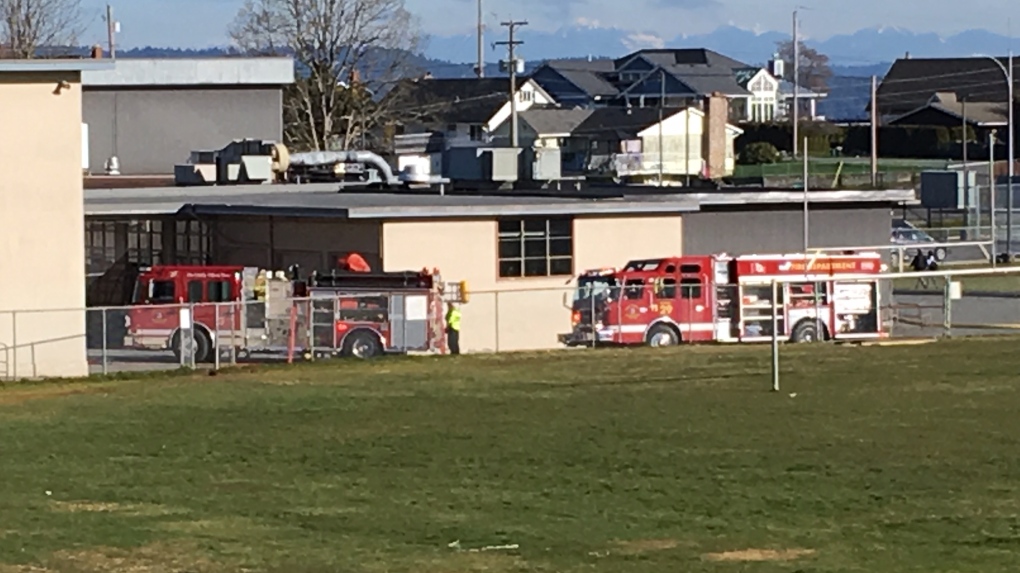 The second fire happened Feb. 28 and, like the first, was also sparked in a student washroom. (CTV News)

VICTORIA -- The scope of damage at a mid-island secondary school is just coming into focus after two suspicious fires recently.

The first blaze at Chemainus Secondary School happened on Feb. 20 and forced the school just north of Duncan to close for two days.

The second fire happened Feb. 28 and, like the first, was also sparked in a student washroom.

According to the Cowichan Valley School District, both washrooms sustained extensive damage and neighbouring classrooms and hallways were damaged by water and smoke.

While the full cost of the damage, and of hiring a new security guard to stop future acts of arson, is still unknown, the district says bills are already racking up.

The district says simply covering the deductibles for insurance will total around $20,000.

Nearly two weeks after the first suspicious fire was lit, school officials say the belongings of many students have only just been made available to them.

“We've been able to open the top-floor classrooms today [Tuesday] and welcome students back there,” said district spokesperson Mike Russell.

“They are also able to collect their belongings that were left behind after the first fire as they've been cleaned and made ready.”

RCMP in the Cowichan Valley say officers have still not made any arrests in their arson investigations, but are actively working with the district to close the file.