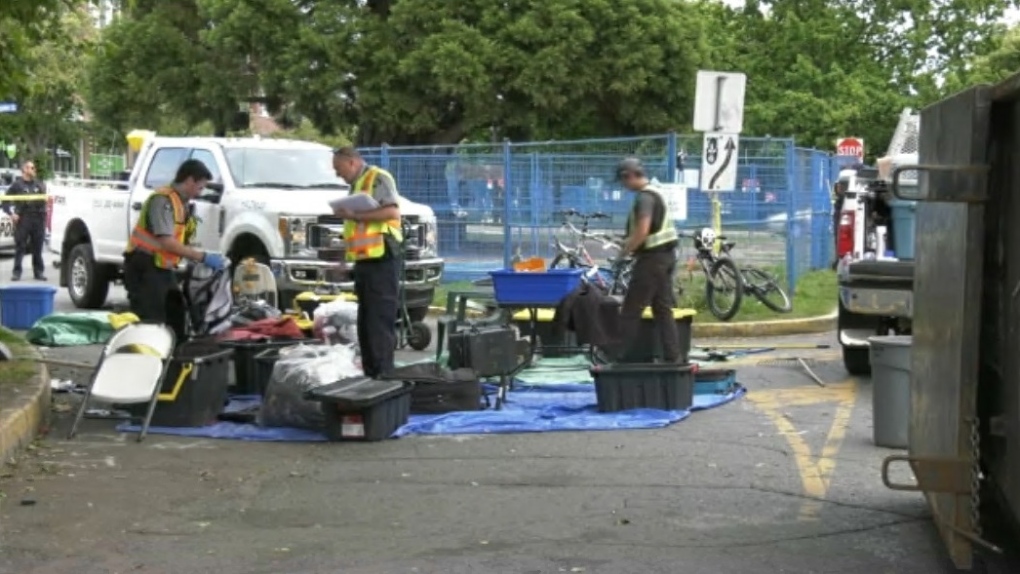 VANCOUVER -- Police in Victoria say they have made more than one arrest as part of the ongoing effort to move those who had been living in tents on Pandora Avenue into hotel rooms secured by the provincial government.

In a tweet Sunday afternoon, the Victoria Police Department said it had made "arrests" as part of decampment efforts in the 900 and 1000 blocks of Pandora Avenue.

In a follow-up tweet, VicPD also said "officers on scene appreciate those who are packing up," and noted that seized property would not be thrown out.

Officers on scene appreciate those who are packing up. Seized property is not being thrown out, it is being stored so it can be retrieved from Bylaw.