VICTORIA -- Humans have a long relationship with dogs, but now after a recent archaeological dig in the Broken Group Islands on the west coast of Vancouver Island, we’re beginning to understand how far back that relationship actually goes. The number is quite staggering.

Remains of an ancient woolly dog breed were unearthed in 2018 during an archaeological dig at an ancient Tseshaht First Nation settlement on Keith Island.

“This is really exciting because it ties a lot of pieces together,” said Dylan Hillis, University of Victoria (UVic) graduate student and lead author of a recent research paper about the Tseshaht remains.

What it is tying together is a more than 3,000-year-old relationship that B.C. First Nations people have had with dogs on our coast.

“These wool dogs were bred especially for their fur which was used in weaving ceremonial blankets and other regalia,” said Hillis. “These items were considered very valuable to the community.” 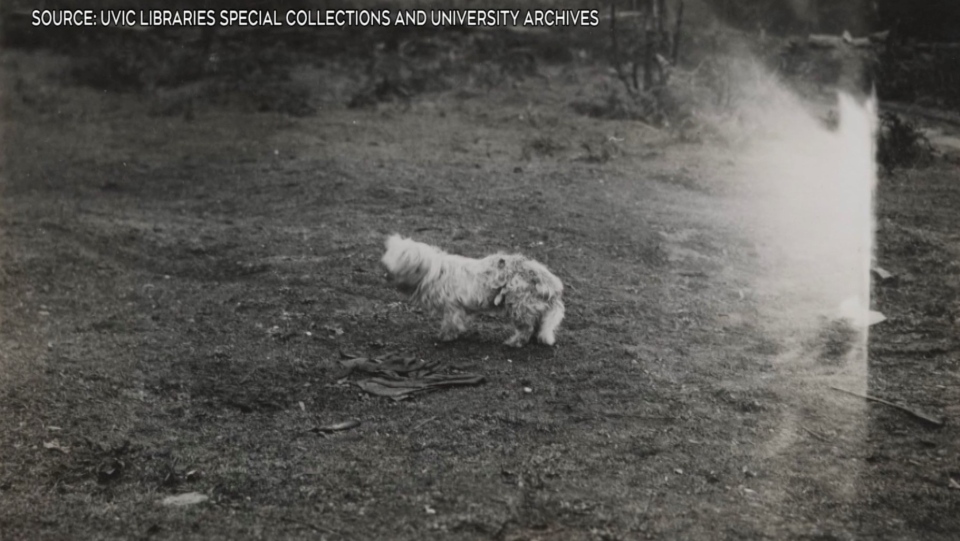 Their coats would be sheared a few times a year and recent analyses are showing these dogs were very well cared for. They had been provided a diet of anchovy, herring and salmon.

“To make these blankets the animals and materials were traded,” said Iain McKechnie, UVic assistant professor of anthropology. “Other materials like mountain goat wool were integral to some of the blankets themselves, so there was a mixture of fibres.”

The dig was conducted in the now scarcely populated Broken Group Islands by the University of Victoria, in partnership with Tseshaht First Nation and Pacific Rim National Park Reserve.

Their research is shedding a light on how important and populated that area was at the time.

“It was extremely populated, far more than there is today,” said Denis St. Claire, co-director of the project.

“Our estimates based on the archeology that we saw in the landscape and the variety of sites – we’ve sort of guessed maybe 10,000 people,” he said.

The arrival of the Hudson’s Bay Company changed everything and there was no longer a need to raise these dogs for the fur.

“As you had cheaper sheep wool blankets available you didn’t have to put the work into raising these dogs and keeping them purebred,” said Hillis. “So over time and with the arrival of European dog breeds, we’ve lost this breed and it’s now disappeared.”

Leaving us with only the remains of the ancient woolly dog.