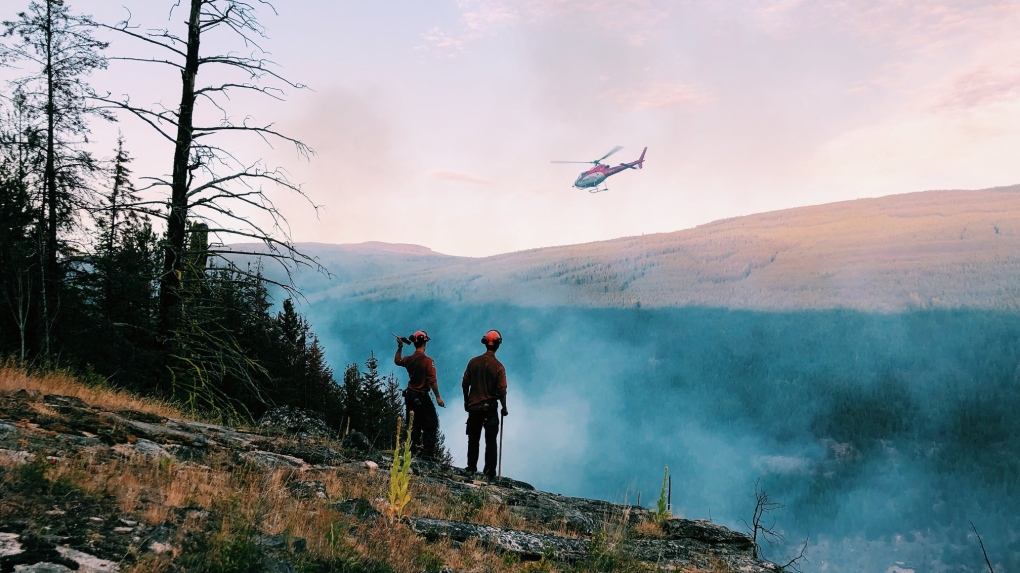 More than 200 B.C. firefighters and related-personnel are being deployed to the U.S. to help battle wildfires, and 200 more may be sent in the near future: (BC Wildfire Service / Facebook)

VICTORIA -- More than 200 B.C. firefighters and wildfire-related personnel will be heading to the northern United States to help battle wildfires in Oregon.

The firefighters are initially being deployed to Redmond, Ore. but will also travel within the state as needed to assist with wildfires.

According to the province, B.C. may also send an additional 200 firefighting personnel to the United States within the next several weeks, if needed.

“Here in British Columbia, we’ve been fortunate to have experienced a moderate wildfire season, but our neighbours to the south have not been so lucky,” said Doug Donaldson, Minister of Forests, Lands, Natural Resource Operations and Rural development in a statement Thursday.

“B.C. firefighters who are willing to be deployed out of the country during this challenging time deserve a lot of credit for their professionalism,” he said.

Due to COVID-19, British Columbia firefighters will remain in their own bubble as they assist with fighting the wildfires.

BC Wildfire Service personnel will handle their operations without physical contact with American firefighters, but will be co-ordinated by the U.S. Forest Service and local authorities.

“Given the challenges posed by the COVID-19 pandemic in the province and in the U.S., the B.C. firefighters and staff will be taking extraordinary precautions to safeguard the health of everyone participating in this deployment, both during their time in the U.S. and on their return to Canada,” said the province in a release Thursday.

B.C. firefighters are responding to a request for assistance from the U.S. through the Canadian Interagency Forest Fire Centre and all firefighting costs will be covered by the United States government.

The province says that sufficient personnel and resources remain in B.C. to handle any local fires.

“Over 800 BC Wildfire Service personnel volunteered to go into someone else’s community and to someone else’s fire to do what they can to make sure people are safe,” said B.C. Premier John Horgan in a statement Thursday.

“That is just extraordinary, and it speaks volumes about our compassion and our commitment to helping each other.”