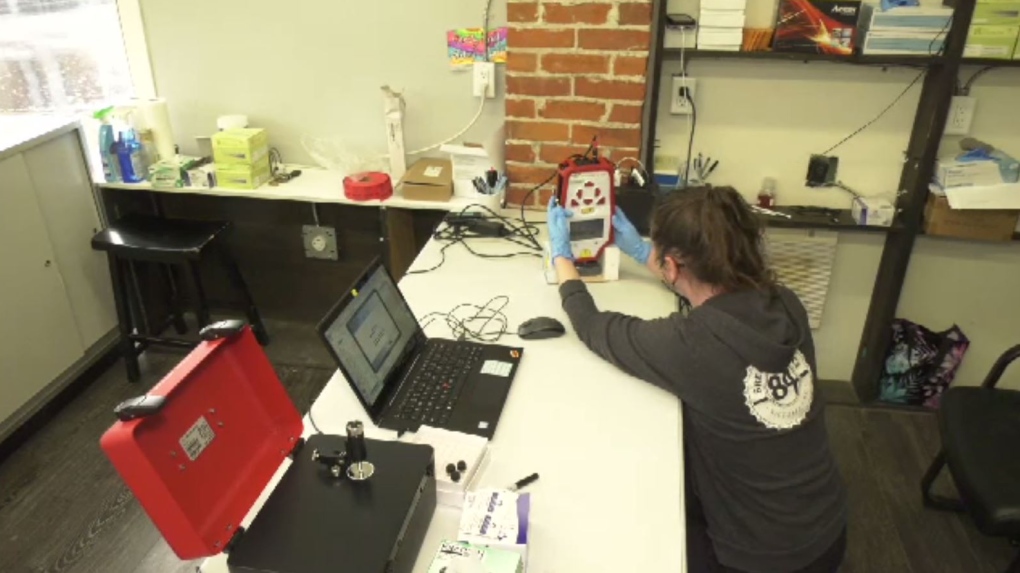 A drug testing lab in Victoria is warning the public after multiple samples of cocaine were found to contain dangerous levels of fentanyl.

The street drug testing lab, Substance UVic, confirms that last week it had several cocaine tests coming back with potentially fatal levels of fentanyl in them.

According to service coordinator Piotr Burek, the lab issued a warning on social media Tuesday because of the rarity of cocaine having any fentanyl in it on Vancouver Island.

"We believe it’s a case of cross contamination," said Burek.

"It could still cause harm to someone who doesn’t know it's in their cocaine," he said.

We've recently confirmed an increase of fentanyl contamination within the cocaine supply in Victoria, BC (#yyj) with a number of samples testing positive for fentanyl.

Cocaine containing fentanyl has been responsible for large numbers of deaths during B.C.’s opioid crisis, according to the lab.

Fentanyl, however, is more often laced into street drugs such as heroin, which is why the lab says finding multiple positive cocaine samples in a week is rare.

The discovery comes as B.C. continues to be mired in a lengthy and tragic opioid crisis.

The Substance UVic drug testing lab is in the North Park area of Victoria, along Cook Street.

It is part of a University of Victoria research project and is funded in part by Health Canada.

Testing is completely free and confidential.

Lab staff are encouraging anyone who may want to use cocaine in the Capital Region to have it tested due to the recent findings.

Zoom is cutting about 1,300 jobs, or approximately 15% of its workforce. CEO Eric Yuan said in a blog post Tuesday that the company ramped up staffing during the COVID-19 pandemic, when businesses became increasingly reliant on its service as people worked from home. Yuan said Zoom grew three times in size within 24 months to manage demand.