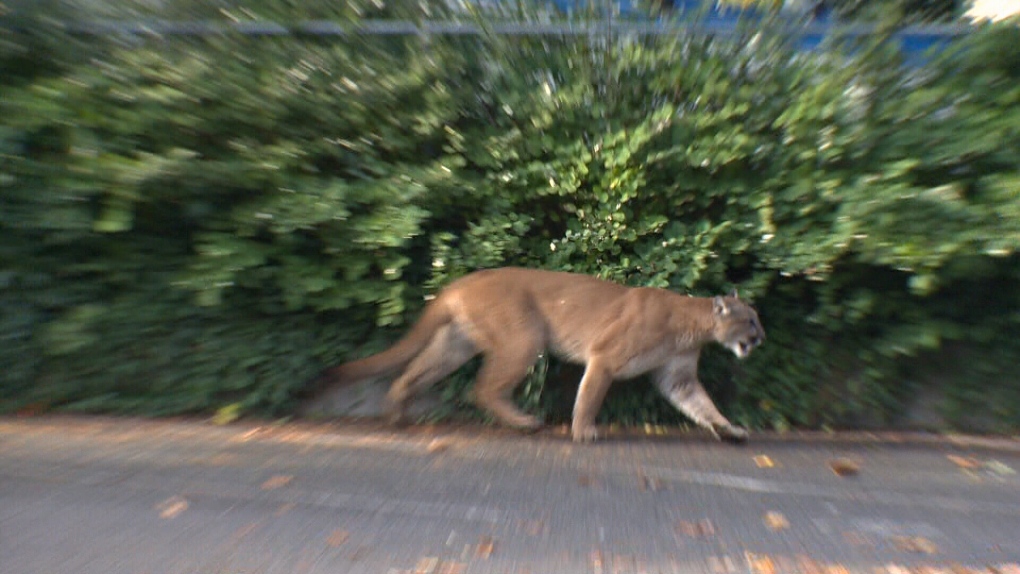 A file photo of a cougar spotted prowling through an urban Victoria neighbourhood on Sept. 5, 2015. (CTV Vancouver Island)

Police say a cougar spotted in Saanich has likely been hunting small animals and pets in the area.

Officers investigated a credible report of a cougar sighting on Eldon Place near Rudd Park Tuesday at 6:15 a.m.

The BC Conservation Officer Service has been notified.

Police are asking anyone living in the area to watch themselves, their pets and their kids.

The latest incident follows a string of cougar sightings around Victoria General Hospital on Sunday.

Conservation officers said at the time a cougar sighted three times in the area was likely heading for a more suitable area.

One homeowner said he found the cat at his back fence, just metres away from his dog.

It's unclear if it's the same cougar spotted near Rudd Park Tuesday.

Police say if you spot a cougar, you should follow some tips to keep yourself safe: