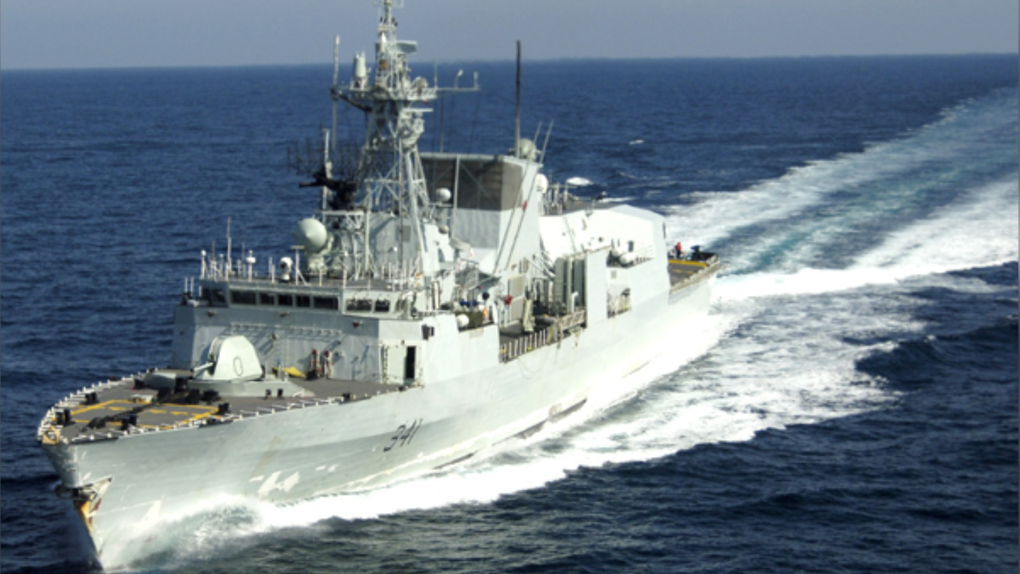 For the second time in three months, Canada has sent a warship through the Taiwan Strait, in a move likely to exacerbate already strained relations with China.

On Tuesday, the B.C.-based frigate HMCS Ottawa sailed through the contested strait en route to the South China Sea from South Korea.

The last time a Canadian warship transited the strait was on June 24, when HMCS Regina and its resupply ship were buzzed by two Chinese fighter jets at a distance of just 300 metres.

Taiwan's defence ministry says it closely monitored the Canadian frigate Tuesday as it passed through the narrow but busy waterway separating the island from the Chinese mainland.

"This route was chosen as it was the most direct route between UN Security Council sanctions-monitoring activities in Northeast Asia and engagements in Southeast Asia," duty officer Maj. Steve Hawken of the Canadian Joint Operations Command told CTV News on Tuesday.

China routinely condemns foreign naval passages through the strait as it asserts it ownership over Taiwan and its dominance over coastal regions in the area.

The U.S. Navy dubs its own transits through such contested areas "freedom-of-navigation" operations. However, the Canadian Department of National Defence was quick to distance itself from such potentially inflammatory language Tuesday.

"The Royal Canadian Navy does not conduct so-called freedom of navigation operations aimed at challenging the territorial claims of other nations," Hawken said.

"The ship's transit was conducted in accordance with international law, including the United Nations Convention on the Law of Sea."

Canada's relations with China have deteriorated since December when Huawei chief executive Meng Wanzhou was detained in Vancouver.

HMCS Ottawa is on a five-month deployment to the Asia-Pacific region, with port visits already completed in Japan and South Korea, and more to follow in Thailand and the United States.

HMCS Ottawa is due back at CFB Esquimalt in late December.