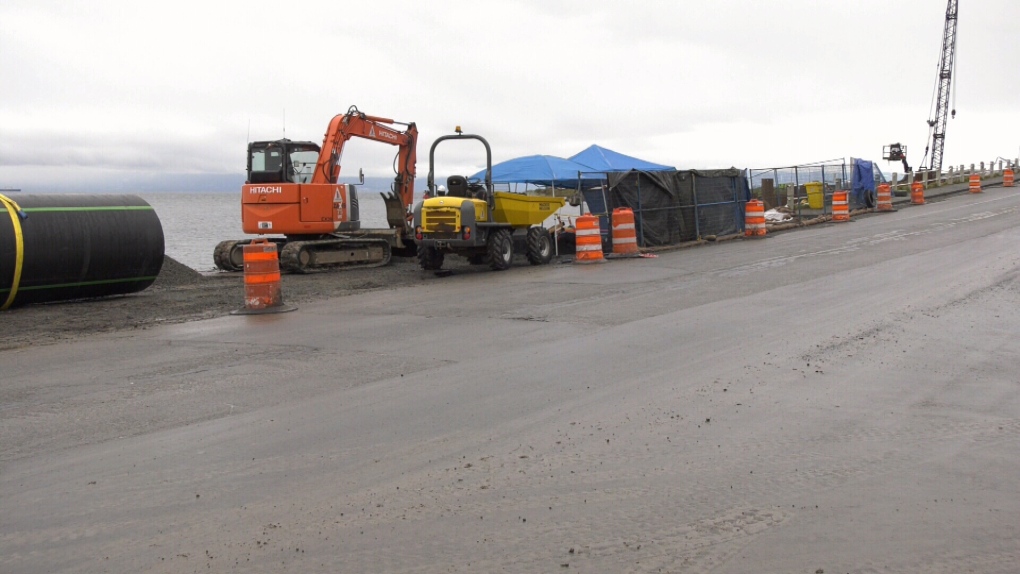 Workers found the remains amid construction of the Trent Forcemain pipe along Dallas Road. (CTV News)

The remains were found Monday and are believed to be those of an Indigenous person. The Capital Regional District says it is working with the Songhees and Esquimalt nations to handle the discovery.

“Following project completion, all human remains that have been recovered will be reinterred following a ceremonial burning,” said Elizabeth Scott, deputy director of the CRD’s Core Area Wastewater Program, in a statement Thursday.

All work in the area was halted when the remains were found.

CTV News asked the Songhees Nation for comment on the find Thursday but had not received a response prior to publication.

Workers found the remains amid construction of the Trent Forcemain pipe.

The Trent Forcemain is a 1.9-kilometre pipe being installed from the intersection of Chandler Avenue and St. Charles Street to the Clover Point Pump Station.