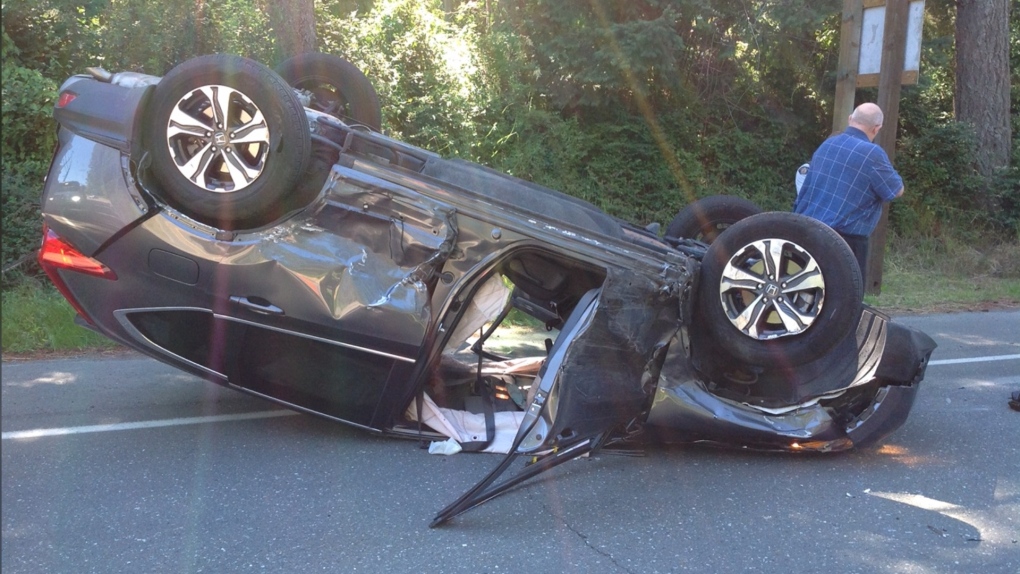 Campbell River RCMP say it is "amazingly lucky" that no one was seriously injured or killed in a three-vehicle collision on Sunday: (Oyster River Fire Rescue)

OYSTER RIVER -- RCMP are reminding motorists of the need to yield the right-of-way to emergency vehicles after police responded to a three-vehicle crash north of Oyster River on Sunday. 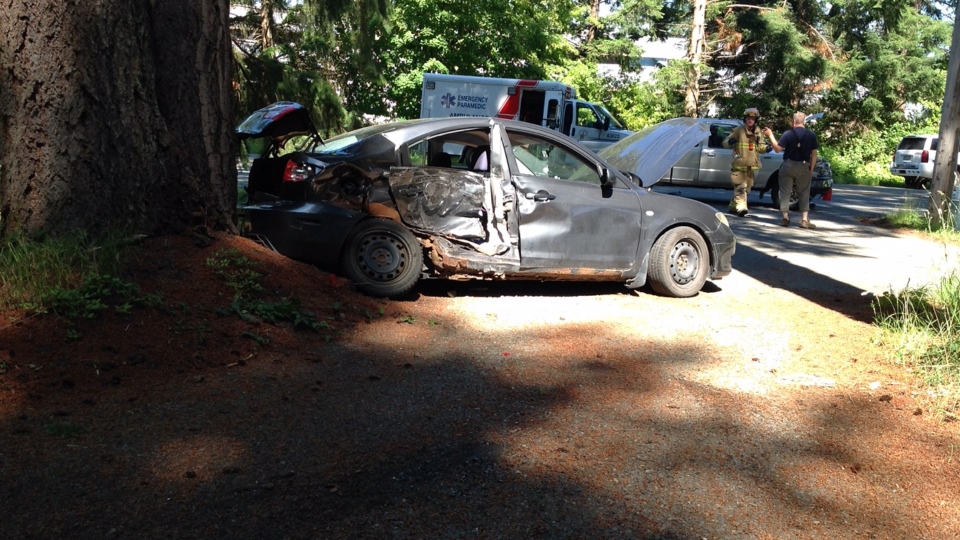 "We were amazingly lucky nobody was seriously injured or killed as a result of the crash," said Const. Maury Tyre of the Campbell River RCMP.

Tyre says police were disappointed, though, in the actions of other drivers in the area when they were responding to the crash

"Officers attending the crash believe they could have handed out at least 15 tickets to other motorists during their response," he said.

"When officers are proceeding to a call with emergency lights and sirens activated it means there is an immediate threat to human life that officers are trying to get to."

Police are reminding motorists that they need to pull over to the side of the road and stop if they notice lights and sirens, regardless of which direction they are proceeding.

He says motorists also need to follow the directions of officers or traffic control personnel who are present at an accident scene.

Police say alcohol and drugs were not a factor in the crash but the person who caused the accident was charged with driving without due care.