'All I heard was 'pop, pop'': Victoria police investigating murder in upscale neighbourhood

Residents of an upscale Victoria neighbourhood say they awoke to the sounds of possible gunfire Tuesday.

Victoria police have a heavy presence on Carberry Gardens, just off Fort Street.

Investigators confirmed Tuesday they are investigating the murder of a man in a multi-unit residential building.

Police tape is blocking a large section of the small one-way street.

McConaghy says he doesn’t know if it was gunfire, but says it certainly could have been.

Another neighbour was told by police that the community is safe. 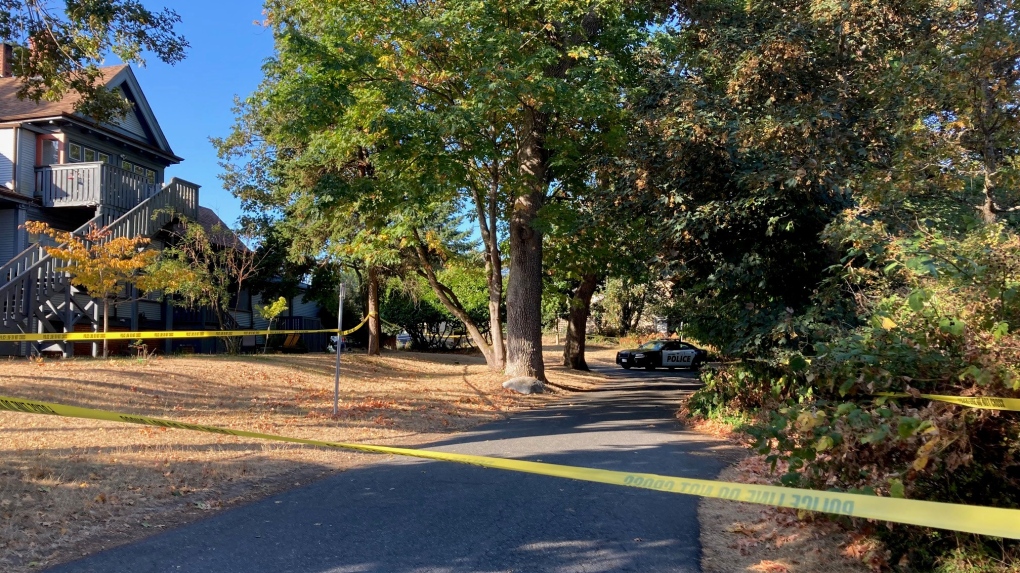 Residents say they awoke to police officers shining flashlights into their windows.

Investigators are asking anyone who might have seen something overnight in the 1000-block of Carberry Gardens to contact them. 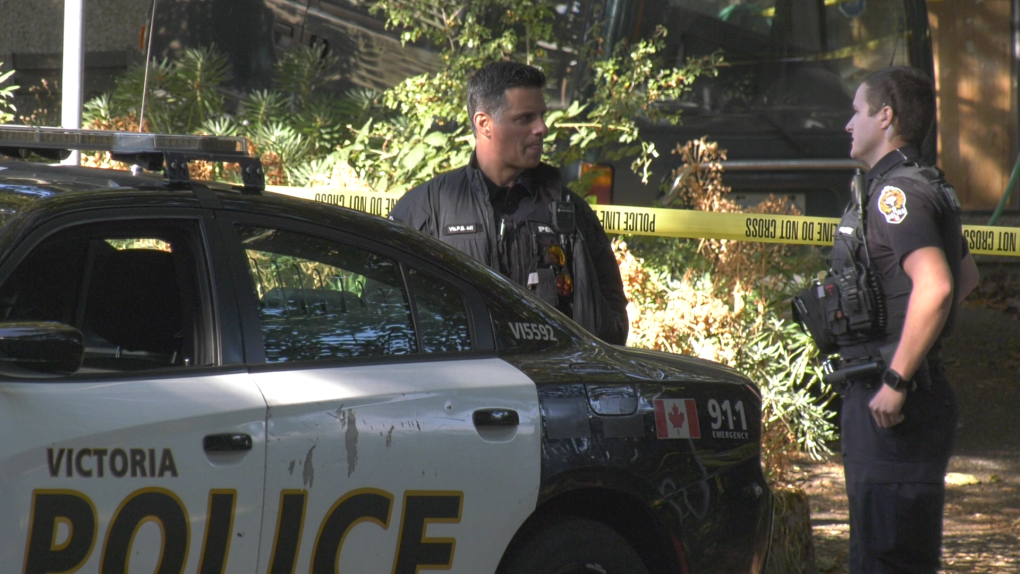 Police at the scene of the murder on Carberry Gardens in Victoria on Tuesday, Aug. 31, 2021. (CTV News)

Officers are also asking for dash-cam or security footage from the public.

VicPD say no arrests have been made.