An Alberta ultra-marathoner has broken the record for the fastest run across the country.

He averaged more than 100 kilometres a day on his cross-Canada quest, which took just over 67 days to complete.

"I'm blessed to have this opportunity and [I'm] grateful," he said after crossing the finish line.

"I've just seen the most beautiful country in the world, and I suggest every Canadian do the same very thing," he added.

"Don't run it. Get in a vehicle and drive it or go see a part of the country you haven't seen," said Proctor. "I just feel if I could do that, I could do bloody well anything." 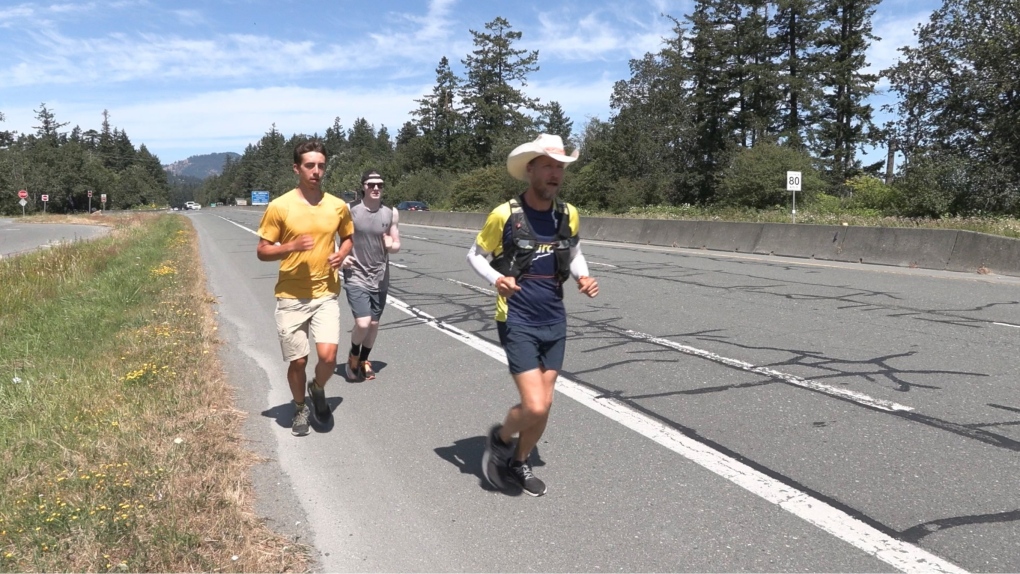 'SO PROUD OF HIM'

Proctor wasn't alone on his journey. Along the way he picked up different running partners and had a support team that's been with him the whole way, feeding him and providing any medical treatment he may need.

Lana Ledene is the head of Proctor's team, as well as his girlfriend.

"I’m just so happy for him," she said. "This is something that he’s wanted for longer than I’ve know him."

Ann Francis, editor of Canadian Running Magazine, says Proctor's run is a "significant record" and it's something he's attempted in the past.

In 2018, Proctor attempted the same run, but that time he was heading west to east.

During that attempt, he was also raising awareness for the Rare Disease Foundation. Ultimately, he found that it was difficult to tackle both projects at the same time and his run ended in Manitoba when he suffered an injury.

"He told me that he wanted to do it primarily for himself this time and not be distracted by efforts to make other people aware of it," said Francis.

On Thursday, he completed his run, becoming the fastest man to ever run across Canada.

"He picked a target that he knew isn’t going to be broken for a long time, that was his goal," said Ledene. "I am proud of him. I am so happy for him and I am so proud of him."

Proctor says seeing the Terry Fox monument in Victoria, and the support of his friends and family, helped give him inspiration to push to the end.

He added that kind words from the Fox family also helped him reach his destination.