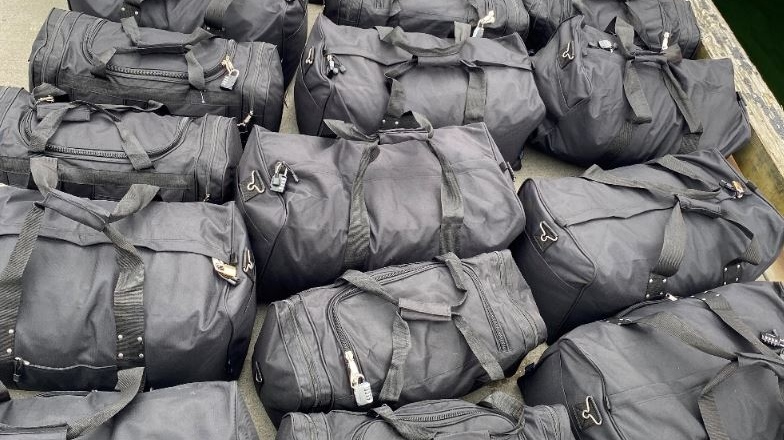 A 51-year-old Alberta man who told investigators he feared for his family's safety when he was caught trying to smuggle 650 kilograms of methamphetamine into Canada aboard a speedboat from Washington state's San Juan Islands has been sentenced to 10 years in U.S. prison.

Ted Karl Faupel was charged with possession with the intent to distribute methamphetamine after U.S. Customs and Border Protection officers stopped a 5.5-metre Bayliner Capri boat riding low in the water between Stuart Island, Wash., and Vancouver Island around 10 a.m. on May 25.

When the authorities boarded the Canadian-registered vessel, Faupel identified himself as a resident of Cowichan Bay, B.C., and said he was heading to Sidney, B.C., according to an affidavit sworn in a Seattle court by an agent of the U.S. Department of Homeland Security shortly after the arrest.

Faupel initially told the customs agents he was moving the boat for a friend when he became lost and strayed into U.S. waters. He also told the authorities he did not have any guns on board, and complied when asked to pull back a canvas that concealed the boat's rear deck.

Agents found 28 duffel bags stacked on the deck and in the main cabin area, each one secured with a padlock, according to the affidavit. Faupel told the officers he did not know what was in the bags.

A statement this week from the U.S. Attorney's Office for Western Washington says agents found 539 packages of "highly pure" methamphetamine inside the bags.

Faupel had a loaded 9mm pistol and a box of ammunition inside a backpack within reach, according to court documents.

The backpack also held a ledger "that documented details regarding this narcotics-smuggling event, as well as others," court documents said.

"Also discovered were three cellular phones and a single U.S. dollar bill that had '28 duffel bags' and a signature on it," according to the Homeland Security officer's affidavit.

Once taken into custody, Faupel told investigators that he was from Alberta and was in Victoria looking for work.

He explained that he was strolling the Sidney marina when he was approached by a man named "Mike" who offered him $1,000 to drive the boat from Sidney to Anacortes, Wash., and sail back with his "luggage."

Faupel agreed to the offer and "Mike" took a picture of Faupel's identification before taking him to the speedboat, he said.

Faupel told investigators he left the Sidney marina with the boat and arrived at the Washington State Park dock in Anacortes, Wash., later that day.

It was at the dock that Faupel met four men in a black Toyota pickup truck that was towing a boat trailer. The men took him to the Anacortes Inn, where he stayed alone overnight, according to the documents.

He left his room at 7 a.m. the next day and met with three men who were towing the boat behind the Toyota. All four men headed back to the dock where they launched the boat with Faupel at the wheel bound for Vancouver Island.

Investigators said Faupel denied any knowledge of the drugs during police interviews, and claimed he had simply found the pistol. He later admitted the pistol was his and that he carried it for safety while hiking, according to the documents.

Faupel told the agents that "after departing, he drove the boat in circles and contemplated turning the boat in to the police," the documents say. "But he did not because he feared for his family's safety."

The Alberta man reportedly told investigators he was told to leave the boat in Sidney upon his return and leave the dollar bill on the seat.

"This huge load of methamphetamine represents hundreds of thousands of doses on the streets of Canada," U.S. Attorney Nick Brown said in a statement Tuesday.

"We know violent criminal gangs get rich off the pain of addiction. I am glad this shipment is off the streets and not furthering addiction and the gang violence that is part and parcel of the drug trade."

"You don’t start transporting drugs for [a violent street gang] if you fear for your family," the judge wrote in a statement following the sentencing. "This is a very dangerous group and [Faupel] chose to gamble with his family’s safety."