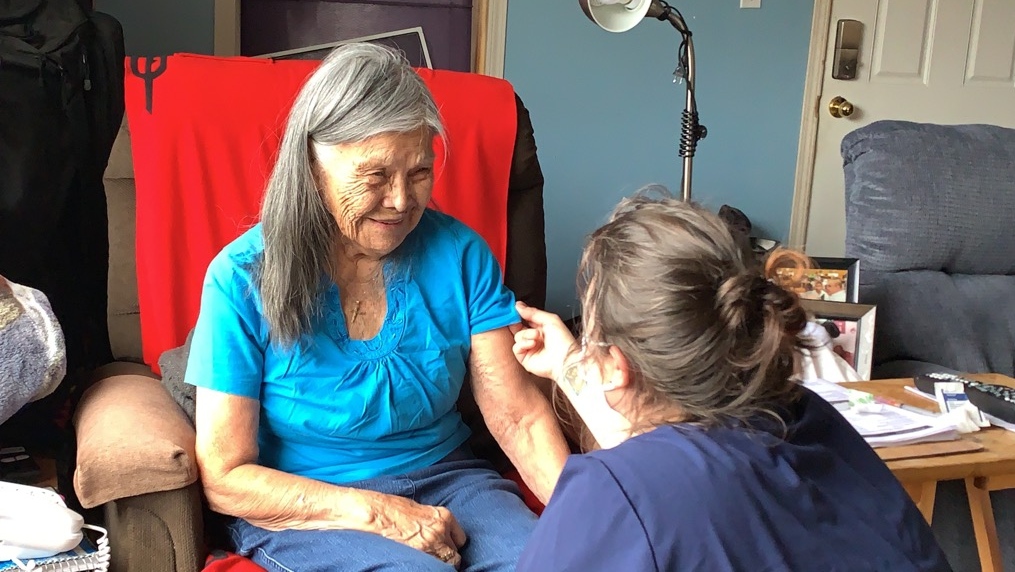 VICTORIA -- A remote coastal First Nation near Tofino is celebrating the end of its COVID-19 vaccination campaign.

The Ahousaht First Nation town site on Flores Island is a short boat ride from Tofino.

According to the Ahousaht Chief Greg Louie, all 432 eligible community members over the age of 18 will have received a Moderna vaccine by the end of Monday.

The First Nation says a promising 92 per cent of the population jumped at the chance to roll up their sleeves during the first round of vaccines.

A large gymnasium was used as a mass vaccination centre and public health staff also made house calls for elders who were advised not to leave their homes.