'A child's life was at stake': Duncan, B.C. man hailed as hero after pulling 5-year-old out of burning house

Twelve people survived a massive house fire on Vancouver Island on Halloween night, and a Duncan man is being credited with pulling a five-year-old boy from the burning building.

The fire started around 1 a.m. in the home on Miller Road.

The house is owned by Phil and Loretta Wilson, who have seven children. That night, nine children and three adults were asleep in the house — following a Halloween celebration.

Darla Smith got a frantic call from her sister, Loretta Wilson, in the middle of the night — telling her to come over immediately, because the house was ablaze.

"At one o' clock in the morning I woke up to a phone call from my sister, screaming to get up to (her) house which was on fire," recalled Smith on Wednesday.

Smith credits the fast actions of a neighbour, Rick Wilson, for saving the life of her five-year-old nephew, Enzo.

"There aren't many words to thank him enough for saving my nephew," said an emotional Smith.

The little boy is one of Phil and Loretta Wilson's seven children.

As fire ripped through the home, Enzo was sleeping on the couch in the living room. 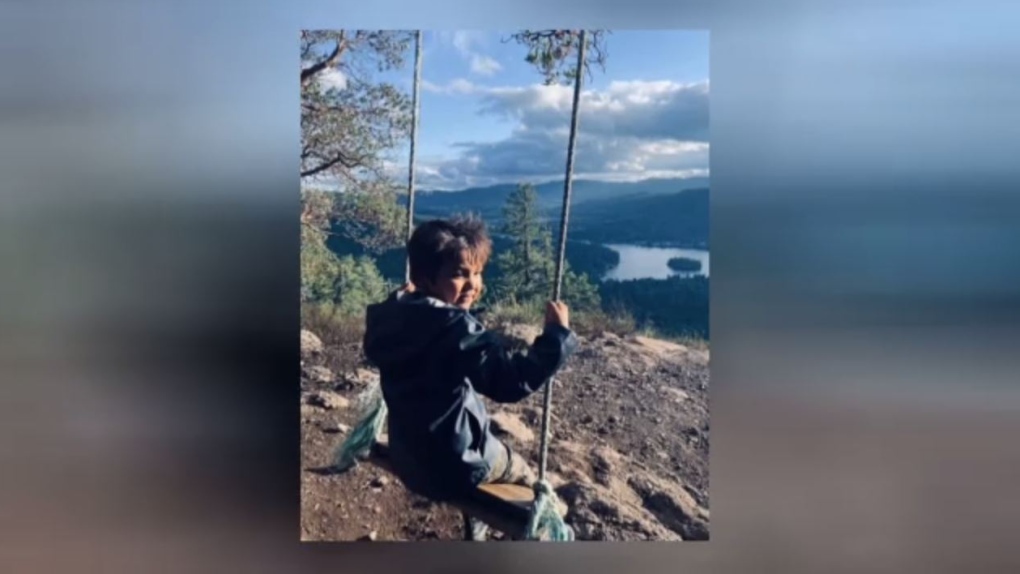 His dad, one uncle and a brother alerted everyone to get out of the burning home. But when they realized the little boy was still inside, Phil punched open the living room window and neighbor Wilson didn't hesitate to charge into the danger.

"We've all been told numerous times that you don't run into a burning building, it's crazy," said Enzo's aunt.

"But when a life is at stake you don't think," she said. "He obviously didn't think about that stuff, he just knew a child's life was at stake and he needed to help."

Enzo suffered burns to 35 per cent of his body.

His parents are injured as well. His father's hand sustained injuries from breaking the glass of the living room window, and his mother was injured when she jumped out of a second-floor bedroom window to escape the fire.

But, all 12 people inside the house are expected to survive.

"It's very grounding to know that everybody got out OK," said Smith on Wednesday while looking at the charred remains of the home.

"It's humbling to know how quickly life can change."

Enzo is at the BC Children's Hospital in Vancouver. He had surgery Wednesday and is expected to undergo several more operations, with the next scheduled for Friday.

"He's got a long road ahead of him," said Smith, who visited the hospital with the boy's father on Monday.

"They figure he'll be at the BC Children's Hospital for at least the next eight weeks," she said.

Smith has started a GoFundMe campaign to help out the family, which is presently without a home.

For the time being, the children are staying with relatives.

On Wednesday, the North Cowichan Fire Department said the cause of the fire was under investigation by the RCMP.