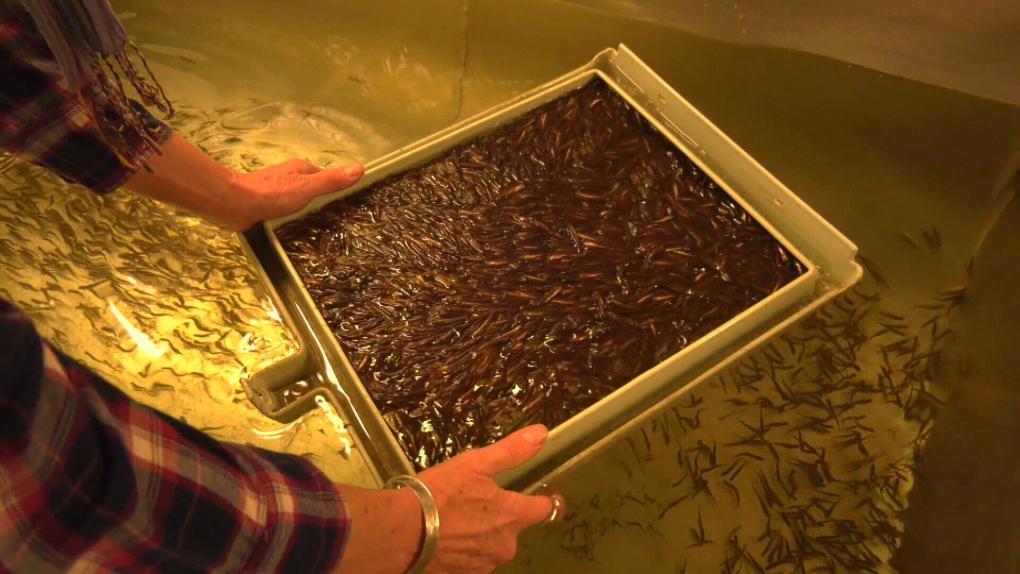 Salmon fry are pictured at the former Jack Brooks Fish Hatchery at Rocky Creek in 2019. The hatchery is now moving to a new facility in Sooke.

VICTORIA -- The B.C. government and federal government are providing more than $900,000 to upgrade a new salmon conservation facility in Sooke.

The facility is called the Sooke River Jack Brooks Hatchery and is operated by the Juan de Fuca Salmon Restoration Society.

The new government-funded upgrades to the facility include equipment to raise salmon and to assist with researching wild salmon-stock.

One of the central features of the building is a hatchery space that will allow researchers to mark salmon fry so that they can be tracked and identified as they grow older. Tracking these salmon over their lifetime will help the facility understand how wild salmon are behaving in B.C.

Meanwhile, the facility will receive and updated effluent treatment system that will clean all water that leaves the building as well as a customized aeration system for its hatcheries.

The custom aeration system will manage oxygen and nitrogen levels for the building’s hatcheries, but at a smaller, more efficient scale than commercial aeration systems.

The B.C. government says that the facility will share its research on how to manage a local community hatchery so that other conservationists can learn how to operate similar wild salmon research facilities in their region.

Funding for the project comes from the British Columbia Salmon Restoration and Innovation Fund, which is a cost-shared fund between the B.C. and federal government.

In 2019, the Jack Brooks Hatchery moved from its location on Rocky Creek – after operating for 40 years – to the Sooke River, just below the Sooke Potholes.

The hatchery moved because water levels dramatically dropped on Rocky Creek due to climate change, according to the Capital Regional District.