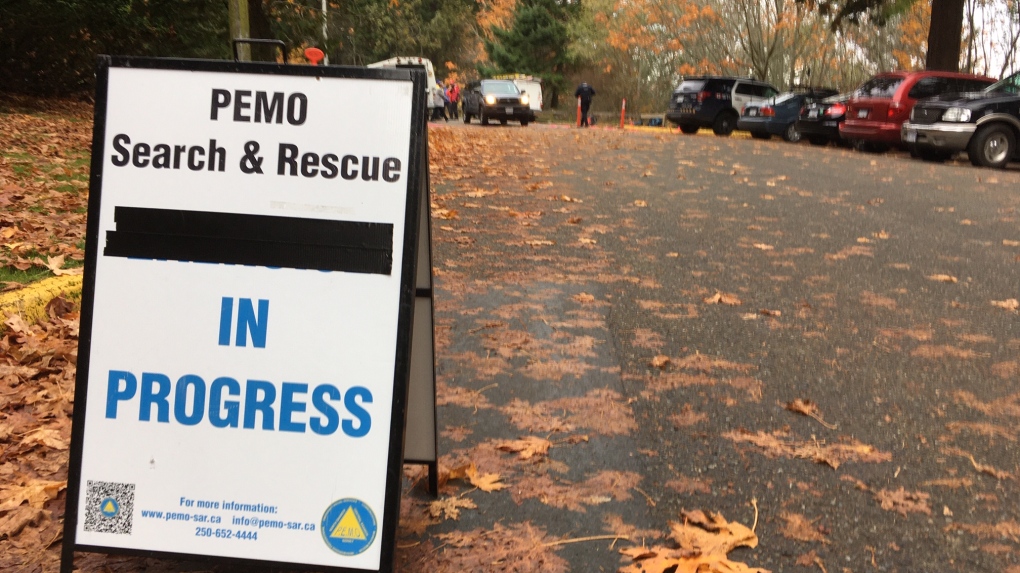 Police ask that anyone who encounters Bixler to stay with him and call 911. (CTV Vancouver Island)

VICTORIA -- First responders and volunteers have found an 84-year-old man with Alzheimer's disease who had been missing since Wednesday.

"He is safe and his family has been notified," the Saanich Police Department tweeted just before 3 p.m. Thursday.

Victoria firefighters used a drone with a heat-imaging camera to help with the search.

***NEW PHOTOGRAPH***
Our investigation has led us to believe that Giles BIXLER is wearing the shoes in the attached photograph. The red jacket may be worn underneath the black puffy jacket that he is believed to be wearing. Search and Rescue @PEMO_SAR have been deployed. pic.twitter.com/JCR9Xcy9KI