800 laptops, tablets to be given to Vancouver Island Indigenous students 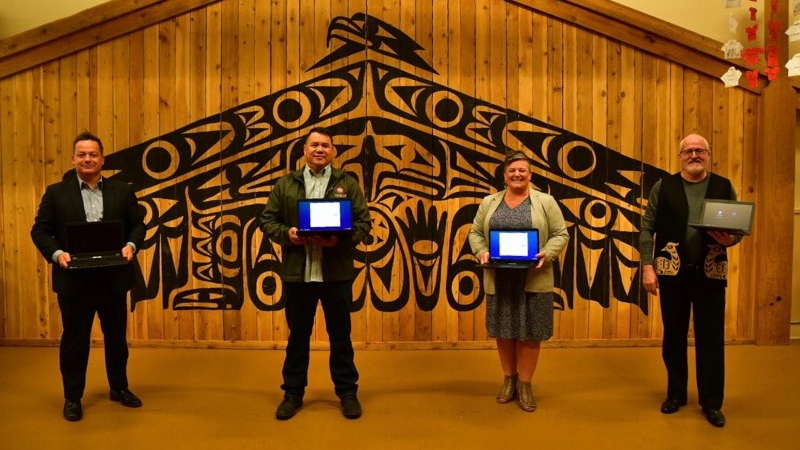 VICTORIA -- Hundreds of Indigenous students across mid-Vancouver Island will receive laptops and tablets to help support their education, as schools continue to place a greater emphasis on online learning amid the COVID-19 pandemic.

The laptops and tablets are being provided by Kw’umut Lelum, a delegated Aboriginal agency that supports nine island First Nations, as well as by the Nanaimo Ladysmith Schools Foundation (NLSF) and the Mastercard Foundation.

According to Kw’umut Lelum, the transition to online learning due to the pandemic has been challenging for many Indigenous communities, where as many as one in four people live in poverty.

“With many services, including education, being provided in a virtual environment, it is challenging to ensure some of the most vulnerable have access to technological resources and supports to continue education and connection,” said the organization in a release Monday.

“Tablets and laptops, as well as additional supports including free Wi-Fi access, will provide a lifeline to students and their families who are already struggling to cope with a transition to virtual learning.”

The technology will be distributed to students in several mid-island communities. Local First Nations governments, Aboriginal friendship centres and staff from three school districts – Nanaimo-Ladysmith (SD68), Qualicum (SD69) and Cowichan Valley (SD79) – will identify who may need the devices in their area and organize distribution.

Kw’umut Lelum says that free Wi-Fi access will also be provided in communities if needed until the end of December 2020.

“Kw’umut Lelum and its nine Coast Salish member nations realize that education is the pathway to betterment of our children’s lives, and during this pandemic we have to ensure all Indigenous learners do not fall behind for economic reasons,” said Sqwulutsutun / William Yoachim, CEO of Kw’umut Lelum.

“We give thanks and are honoured to partner with the Mastercard Foundation and the Nanaimo Ladysmith Schools Foundation to work together for our children,” said Yoachim.