8 arrests, 1 for alleged assault on police officer at anti-logging blockades on Vancouver Island 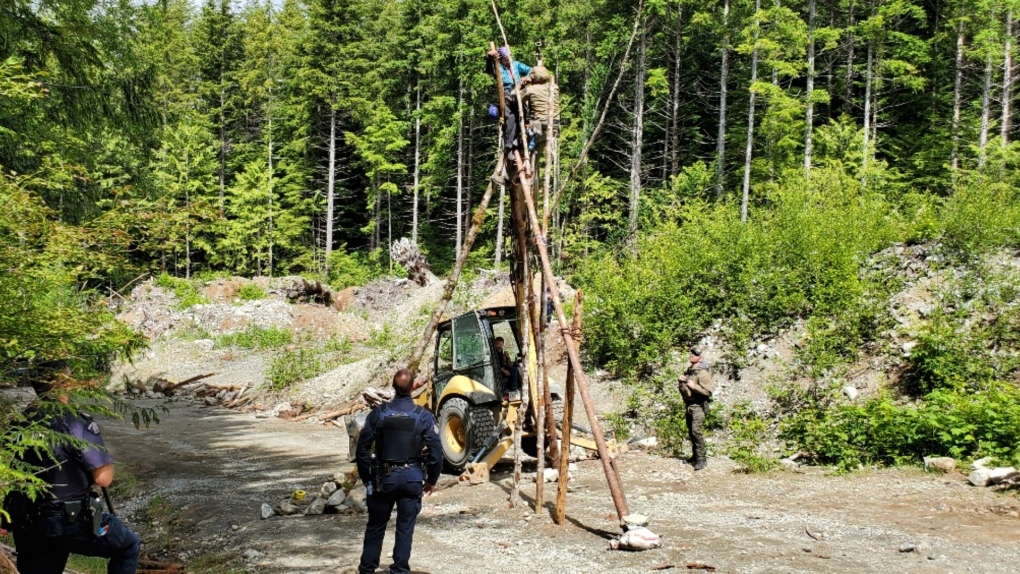 The arrests at an encampment in the Fairy Creek watershed near Port Renfrew follow two other arrests that happened on Friday.

In total, there have now been 254 arrests in the area since police began enforcing a court injunction prohibiting interference with logging operations in the old-growth forests near Fairy Creek.

At least 10 of those arrested in the area have been arrested more than once, according to a news release from RCMP. Of the 254 arrests, 206 have been for breaching the injunction, 42 for obstruction, four for mischief, one for counselling to resist arrest and one for assaulting a police officer.

Two of those arrested Saturday were under age 18, police said. They did not specify what charges they would be recommending against the minors.

In a post on their Facebook page, the demonstrators described the day's events from their perspective, accusing police of lies and abuse. The protesters say the two minors were released without any charges.

Protesters have been camped out in the Fairy Creek watershed since last summer in defense of what they describe as the last unprotected old-growth forest on southern Vancouver Island.

Demonstrations and blockades have continued in the region even after the provincial government granted a request from the Huu-ay-aht, Ditidaht, and Pacheedaht First Nations to postpone old-growth logging on more than 2,000 hectares of land in the Fairy Creek and central Walbran areas while the nations develop long-term resource stewardship plans.

The protesters are demanding an end to all logging in old-growth forests on southern Vancouver Island.

LIVE at 3:30 MDT | Shandro to be replaced as Alberta health minister in Kenney cabinet shuffle: sources

As Canadians are waking up to more of the same after Justin Trudeau managed to hold on to power following Monday's election, international media reacted to the prime minister's 'gamble.'

There are a number of young pregnant women battling COVID-19 in intensive care units across B.C., all of them unvaccinated, according to health officials.