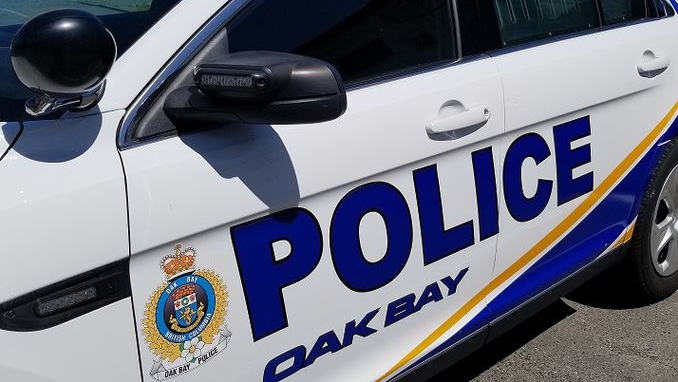 Police found the vehicle parked one metre from the curb with the suspect driver behind the wheel. (Oak Bay police)

VICTORIA -- A 75-year-old woman in Oak Bay has been charged with impaired driving after allegedly refusing to provide a breath sample on Saint Patrick’s Day.

The Oak Bay Police Department says officers responded to a report of an erratic driver in a white Nissan Versa in the 1900-block of Bee Street, near the Oak Bay Recreation Centre, around 9 p.m. on March 17.

Police found the vehicle parked one metre from the curb with the suspect driver behind the wheel.

Officers began an impaired-driving investigation but the woman refused to provide a breath sample, according to police.

The woman was charged with impaired driving and refusing to provide a breath sample. She was also issued a 90-day driving prohibition and her car was impounded.

British Columbia’s provincial health officer Dr. Bonnie Henry ordered all liquor sales in the province to cease at 8 p.m. on Saint Patrick’s Day in an effort to curb social gatherings amid the COVID-19 pandemic.