The City of Victoria says seven new biking corridors have opened in the city, just in time for the summer season.

One of the new cycling corridors, on Government Street between Pandora Avenue and Gorge Road, features a fully protected bike path.

The other six routes feature traffic calming measures to improve the area for bikers.

"Our traffic-calmed bikeways, what we look at is instead of providing protective facilities – such as here on Government Street – we look at using features of traffic calming to reduce volumes of vehicles and speeds," said Ross Kenny, director of engineering and transportation for the city on Tuesday.

Some of those traffic-calming measures include speed humps, increased signage, vehicle diverters and crosswalks, according to Kenny.

"So people feel safe and comfortable cycling on the roads with vehicles and pedestrians," he said.

The city has also partnered with the Capital Regional District to provide free tours and information guides on the new bike routes.

Ten biking tours will be hosted during the summer to highlight where the routes are, and information pamphlets will be dropped off at elementary schools, libraries, and other public spaces.

"The tours are about two hours long," said Kenny. "They're in neighbourhoods throughout the city, and if you sign up for one you can expect to be shown the new facilities and new cycling corridors and be given some basic information on how to cycle in the city."

Kenny says the seven new bike routes are open now, though the city is still placing some finishing touches on them.

The city's priority cycling network is expected to finish next year, while additional bike infrastructure not identified in the city's "priority network" will be added in the years to come.

Kenny says he hopes the new bike routes will help encourage people to cycle in the city.

"We really hope to see that this network is used and brings out new users and new people who were less confident in biking in traffic before, [and] more families," he said.

More information about the guided bike tours can be found on the City of Victoria website. 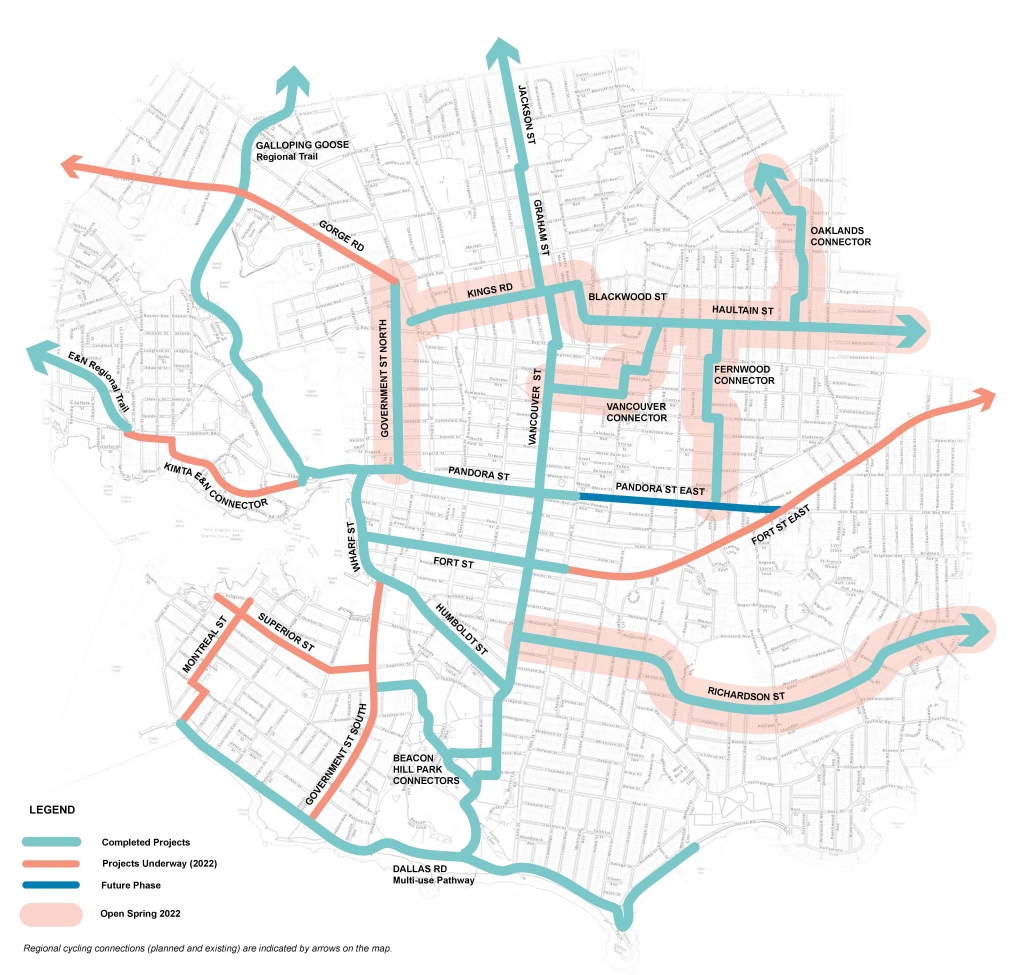