VICTORIA -- Six more people were arrested at old-growth logging blockades on southern Vancouver Island on Monday, according to protesters and the RCMP.

The arrests occurred at an encampment near Port Renfrew, where blockaders were removed for breaching the court injunction prohibiting interference with logging activities in the Fairy Creek watershed.

Police say specially trained officers removed protesters from various locks and tripod devices. The demonstrators described some of the devices in a Facebook post confirming the arrests Tuesday.

“First we had a standard sleeping dragon – in which a person has their arm locked into a cemented hole in the ground,” said the post from the Fairy Creek Blockade group. “Police extracted this person with a backhoe and jackhammer, digging nearly 4 feet into the ground. After this was an owl’s nest – a person suspended high above the ground on a solitary post.”

The activists also describe members chaining themselves to “a giant rock over a hole” as a means to delay their removal by police.

“The extraction of these six defenders took all day with plenty more left untouched,” the group said. 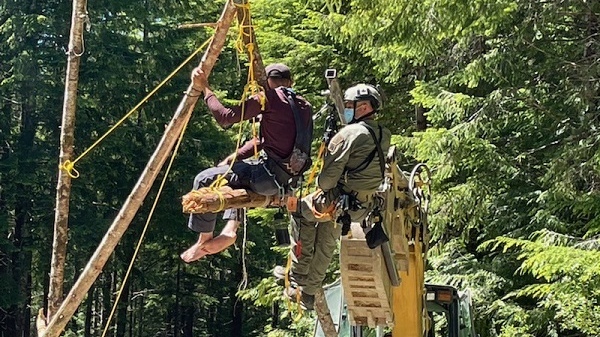 The RCMP say 260 people have been arrested since enforcement of the injunction began in May.

Of those arrests, 208 were for breaching the injunction, 46 were for obstruction, four were for mischief, one was for counselling to resist arrest and one was for assaulting a police officer, according to a statement from the RCMP.

Protesters have been camped out in the Fairy Creek watershed since last summer in defense of what they describe as some of the last unprotected old-growth forest on southern Vancouver Island. 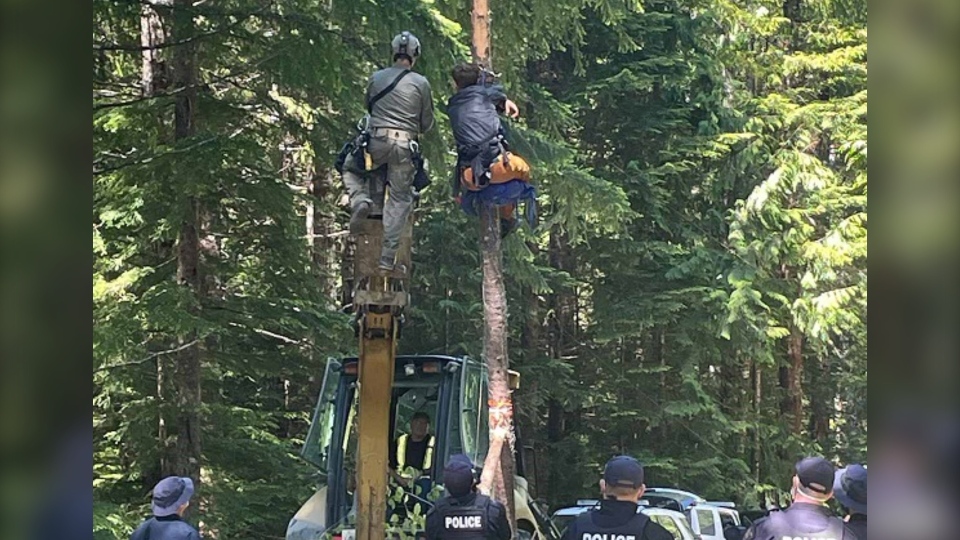 Demonstrations and blockades have continued in the region even after the provincial government granted a request from the Huu-ay-aht, Ditidaht, and Pacheedaht First Nations to postpone old-growth logging on more than 2,000 hectares of land in the Fairy Creek and central Walbran areas for the next two years.

The protesters are demanding an end to all logging in old-growth forests on southern Vancouver Island.