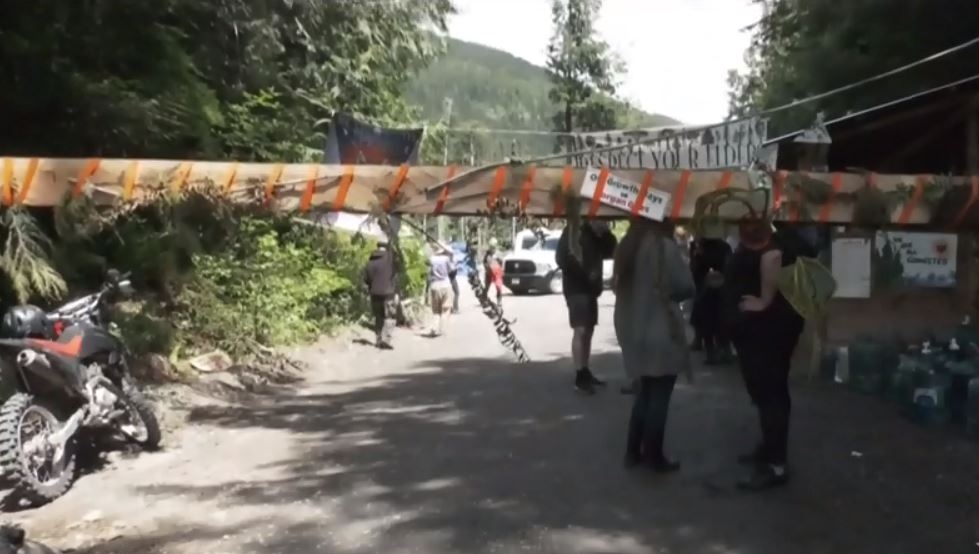 Mounties have now arrested a total of 222 people in the Fairy Creek watershed since enforcement of the injunction began last month. At least 10 of those people have been arrested multiple times, according to a news release from Lake Cowichan RCMP on Saturday.

Protesters have been camped out in the forest near Port Renfrew on southwest Vancouver Island since last summer, digging in to prevent logging in what they say is the South Island's last remaining unprotected old-growth forest.

Earlier this week, the provincial government approved a two-year deferral of old-growth logging on more than 2,000 hectares of forests in the area. Three First Nations - the Huu-ay-aht, Ditidaht, and Pacheedaht - said they plan to defer logging in the region while they develop long-term resource stewardship strategies.

The deferred lands include 884 hectares of old forests in the Fairy Creek watershed, near Port Renfrew, and 1,150 hectares of old growth in the central Walbran valley, near Lake Cowichan.

Protests have continued despite the deferrals, however, with activists demanding a permanent end to old-growth logging in the province.

The B.C. Supreme Court issued its injunction in April, directing protesters not to block logging crews from doing their work in the area.

Of the 222 arrests RCMP have made since enforcement of the injunction began, 180 were for breaching the injunction, 41 were for obstruction and one was for counselling another person to resist arrest, police said.

Mounties allege that the eight people arrested Saturday were breaching the injunction. They were taken to the Lake Cowichan detachment for processing.

"Police are aware that there was a call out for parents to bring their children to the camps supporting the protest activities," RCMP said in their release. "Today's enforcement included the arrest of two minors who were actively engaged in breaching the injunction by being in a tripod and locking themselves in a sleeping dragon. We are asking parents to help prevent their minors from participating in these dangerous and illegal activities."