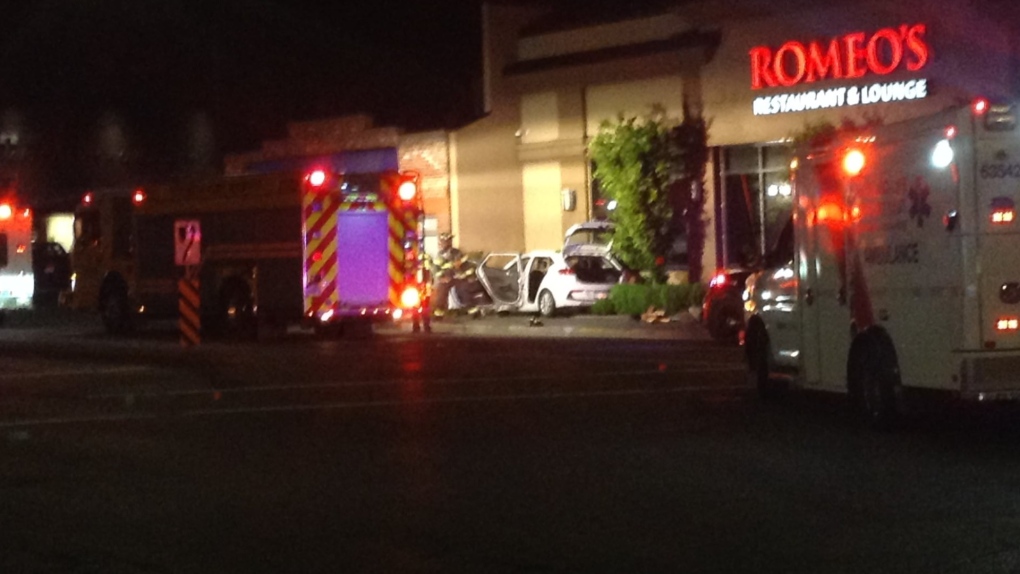 Police in Victoria are investigating after an overnight crash that sent four people to hospital and damaged a pair of downtown buildings. (Facebook/What the Hell Just Happened?)
Vancouver -

Police in Victoria are investigating after an overnight crash that sent four people to hospital and damaged a pair of downtown buildings.

Officers were called to the intersection of Fisgard and Blanshard streets shortly after 12:10 a.m. Sunday for a report that a vehicle had crashed into a building, according to a news release from the Victoria Police Department.

Firefighters and paramedics were also called to the scene, and worked to "extract and stabilize the vehicle occupants," police said.

There were five people in the vehicle at the time of the crash, and four of them were transported to hospital, according to police.

Two of those transported suffered what police described as "potentially life-altering injuries." They remained in hospital Sunday, while the other two occupants had been treated and released, police said.

Two buildings were damaged in the crash, and the driver of the vehicle was arrested, according to police, who added that the cause of the crash is still under investigation.

Anyone with information about the crash who has not yet spoken to police should call the VicPD report desk at 250-995-7654, extension 1. Tips can also be provided anonymously through Crime Stoppers.

Canada has now fully vaccinated 78.77 per cent of the country's eligible population.