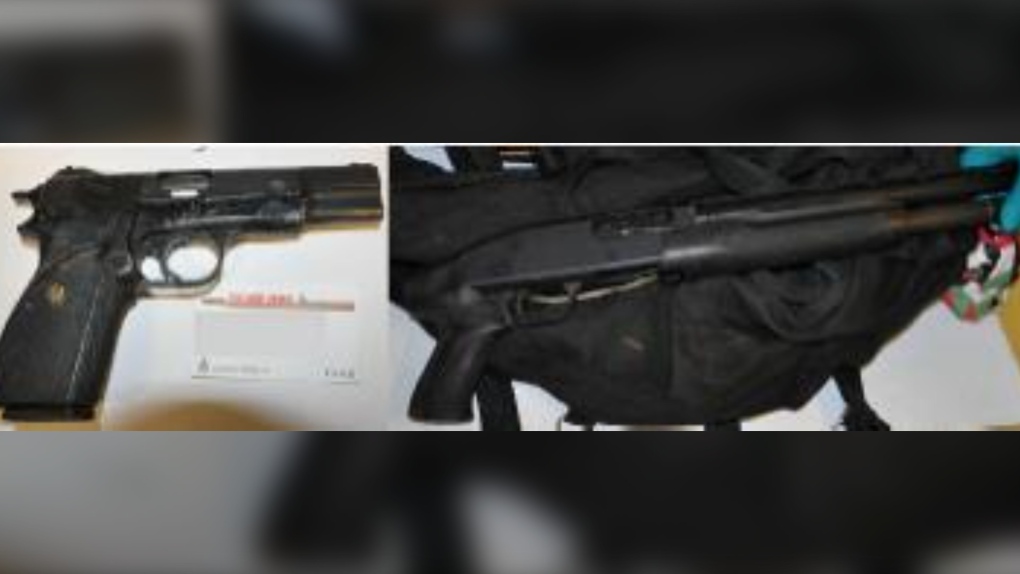 Police say they found a loaded handgun under the car seat of a man who was wearing an empty shoulder holster: (North Vancouver Island Traffic Services)

On the evening of Nov. 8, officers approached what they describe as a suspicious vehicle that was parked beside a collection of mailboxes in a rural area of Macaulay Road in Black Creek.

When officers approached the car, they found three people inside, all of whom were local residents.

The driver of the vehicle, a woman, was unable to provide police with a driver’s licence. Meanwhile, two male passengers were also inside of the car, one of whom tried to give police a fake name.

While at the scene, officers tracked down the man’s real identity and learned he had outstanding warrants for his arrest. Police then arrested the man and found that he was wearing an empty firearm shoulder holster and carrying what is believed to be illicit substances.

The second male passenger was then arrested at the scene and a search of the vehicle was conducted.

Inside the car, officers found narcotics and a loaded 9mm handgun under the seat of the man who was wearing an empty shoulder holster. A second .22 calibre handgun and ammunition were discovered under the rear seat where the other man was sitting.

After the men were taken to police cells, North Vancouver Island Traffic Services received a search warrant to further search the car. During this second search, investigators found two more firearms – a sawed-off shotgun and an SKS rifle – as well as ammunition, stolen identification, jewelry and more suspected narcotics.

Police say that both men are now facing multiple charges related to firearms and narcotics.