A 35-year-old man is dead after he was struck by a vehicle early Wednesday morning near Courtenay, B.C.

Mounties with the Comox Valley RCMP detachment are still investigating the crash. 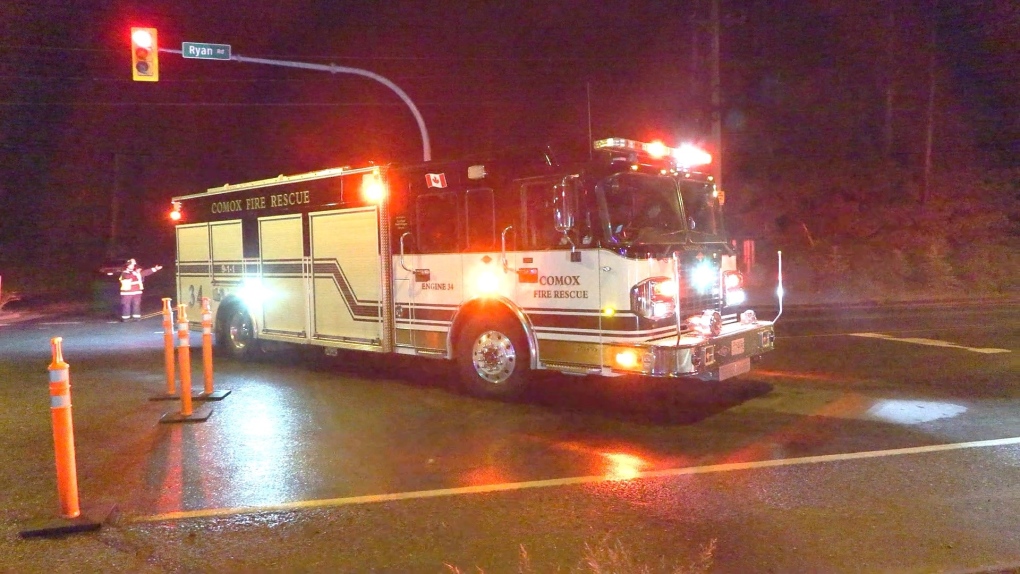 Frontline officers were called to the scene in the 3900-block of Ryan Road at approximately 1 a.m. Investigators say witnesses told police the man was lying in the roadway when he was struck by a vehicle.

A driver who narrowly avoided hitting the man moments earlier had pulled over and activated their hazard lights in an effort to alert other drivers to the man's location, police said.

"Unfortunately, one of the oncoming drivers did not see the man laying in the road and struck him. The driver remained at the scene and was cooperative with the investigation," the Comox Valley RCMP said in a statement.

"At this time, we do not know what the man was doing in the middle of the road," said RCMP Const. Monika Terragni.

"We will continue our investigation and will work with the B.C. Coroners Service to determine all the factors leading up to this man's death, including whether or not he may have suffered an injury or medical incident prior to being struck by the vehicle."

Anyone with information about the incident, including dashcam images from the scene, is asked to call the Comox Valley RCMP at 250-338-1321.

A high-ranking B.C. officer used police resources to conduct at least 92 searches on his ex-girlfriend and her family while stalking her over a period of five years, according to documents exclusively obtained by CTV News.

After a series of interest rate hikes implemented by the Bank of Canada, housing markets are now facing a 'significant' correction. CTVNews.ca spoke to Canadians who are now struggling to make the goal of purchasing a home, or selling one, a reality.

A Brampton, Ont. media personality who was attacked with a machete and axe in his driveway will need months of physical rehabilitation to recover, a close friend says.