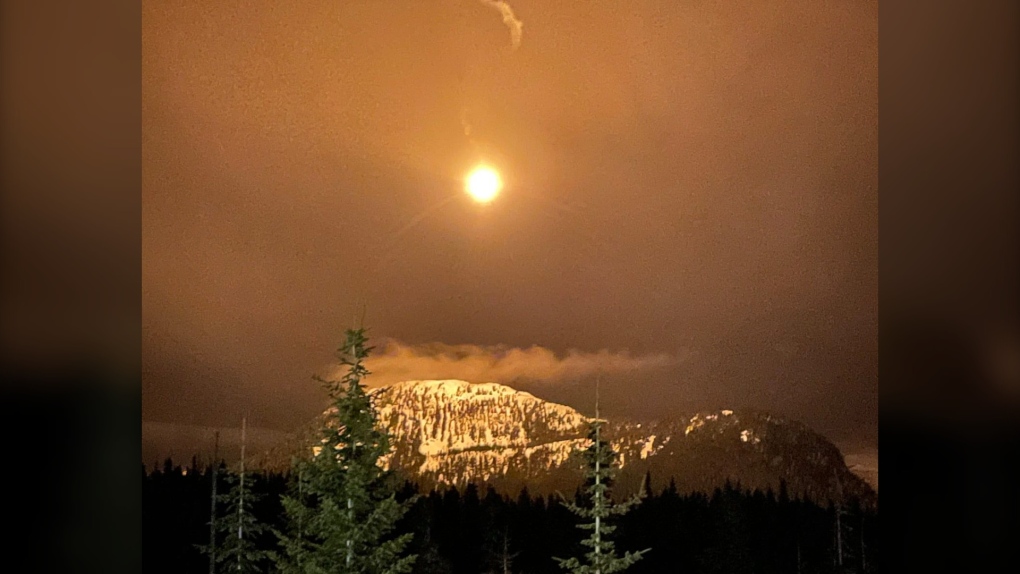 A rescue flare is deployed over Mount Brooks as searchers look for three lost hikers on April 3, 2021. (Comox Valley Search and Rescue)

VICTORIA -- Three people were rescued after getting lost while snowshoeing in the Vancouver Island backcountry.

Comox Valley Search and Rescue says they were called to find the lost snowshoers Friday night on Mount Brooks, near Mount Washington. 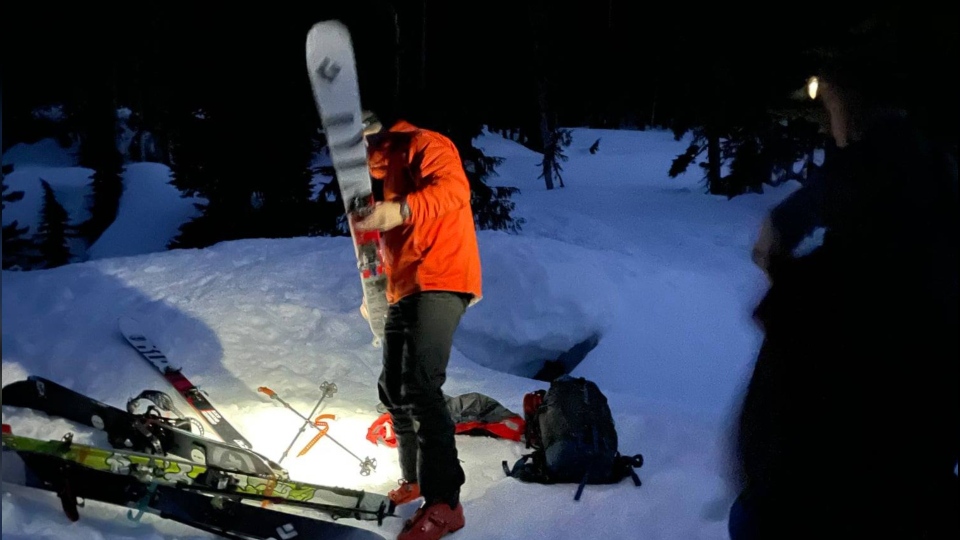 Volunteer searchers set out on snowmobiles, skis and snowshoes to find the lost snowshoers.

One of the lost snowshoers had suffered a lower leg injury, according to rescuers.

“The terrain was steep and snow conditions icy and hard going,” said Comox Valley Search and Rescue in a social media post about the rescue.

The injured patient was unable to be moved from the scene by rescuers so a helicopter from 19 Wing Comox was called to the scene.

The injured snowshoer was hoisted from the scene by helicopter while the other two were escorted to safety by the ground rescuers by 3 a.m. Saturday.