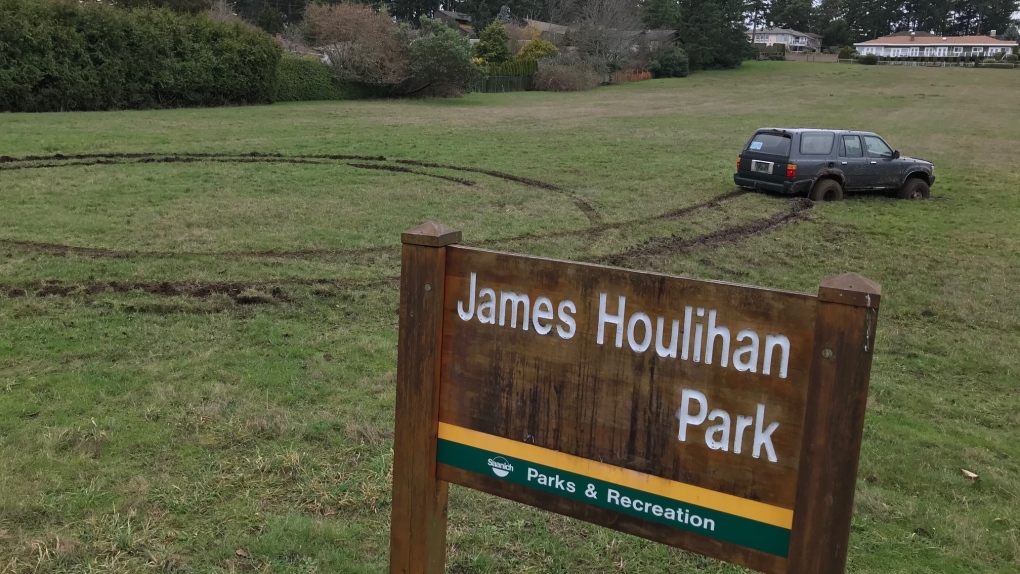 VICTORIA -- A stolen vehicle from Victoria was discovered after witnesses noticed an SUV doing doughnuts in a Saanich public park field.

According to Saanich Police, reports of the vehicle doing doughnuts in Gordon Head’s James Houlihan Park first came in at 1:15 p.m. Thursday.

Before police arrived, witnesses saw three occupants of the vehicle – two adult men and one adult woman – exit the vehicle once it got stuck in deep mud. 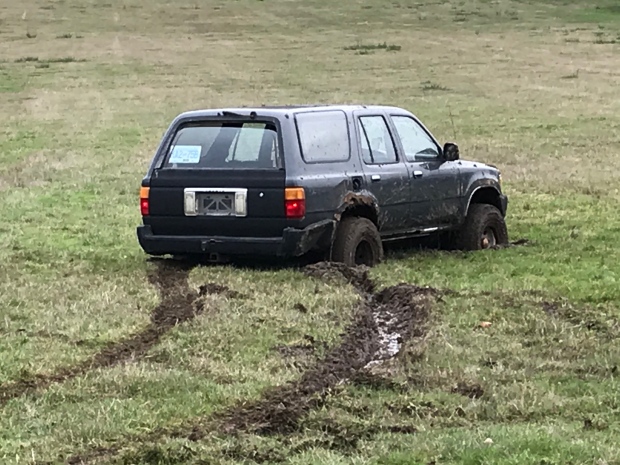 The community members were able to get an "excellent description" of the people fleeing the SUV, which helped officers locate the trio, say police.

Once officers arrived, police were able to locate and arrest the three individuals.

After the arrests were made, police discovered that the vehicle, a 4x4 Toyota 4Runner, was reported stolen from Victoria earlier Thursday.

All three individuals are now facing charges of possession of stolen property under $5,000 and mischief under $5,000.

Meanwhile, police estimate that the damage to the field is approximately $2,000.

Saanich police say the investigation is in its early stages, and that it will be conducted in connection with Victoria Police.

"We don’t know at this point why they decided to drive into the field, but the actions they took were certainly very foolish and reckless nature," said Saanich Police Const. Markus Anastasiades.

"We would like to thank the witnesses who provided detailed information that helped us locate the individuals responsible.”