3 navy sailors in hospital after crash at CFB Esquimalt 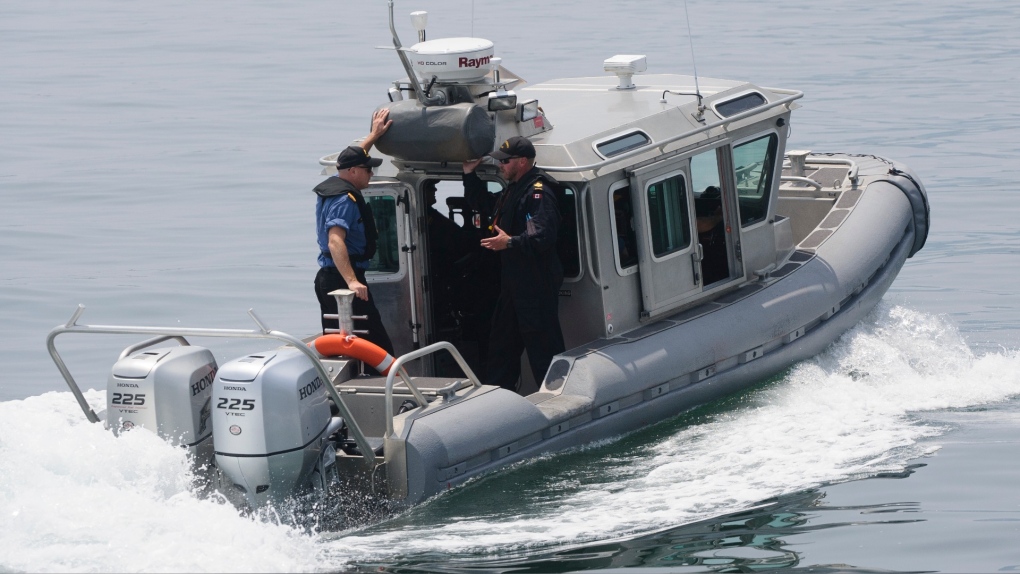 The three sailors were travelling in this model of specialized RHIB when the vessel struck a naval buoy near Esquimalt Harbour on Friday, May 15, 2020. (MARPAC)

VICTORIA -- Three navy sailors at Canadian Forces Base Esquimalt are in hospital after a small vessel crashed into a buoy near Victoria on Friday.

The collision happened before noon when the specialized rigid hull inflatable boat (RHIB) the sailors were travelling in struck a Royal Canadian Navy mooring buoy outside Esquimalt Harbour.

"All three crew members sustained injuries, the degree of which are not known at this time, but are not life-threatening," said Maritime Forces Pacific spokesperson Lt.-Cmdr. Tony Wright.

The twin-engine RHIB returned to CFB Esquimalt and the crew members were taken to hospital by the BC Ambulance Service for treatment and observation.

The vessel belongs to CFB Esquimalt's Naval Security Team and was crewed by its members at the time of the crash.

The Naval Security Team has a core membership of 20 personnel, primarily naval reservists with some regular force members added when required.

The crew members were conducting a routine trip on the RHIB to ensure it was in working order when the collision occurred.

Wright said investigators are still assessing damage to the craft, but added it did not take on water in the crash.

Friday’s collision was the second incident in a month involving a RHIB from CFB Esquimalt.

On April 15, a RHIB belonging to Royal Canadian Navy frigate HMCS Calgary ran aground at low tide in Cordova Bay, north of Victoria.

MARPAC is aware that HMCS Calgary's RHIB ran aground at low tide in Cordova Bay. The RHIB will float off this evening with the tide. We appreciate the many wonderful photos of the RHIB and remember to be calm, be kind and be safe... and wash your hands. pic.twitter.com/skiz1lRcZZ

The vessel was stranded on a sand bar for several hours before the rising tide lifted it free and it returned to the Calgary.