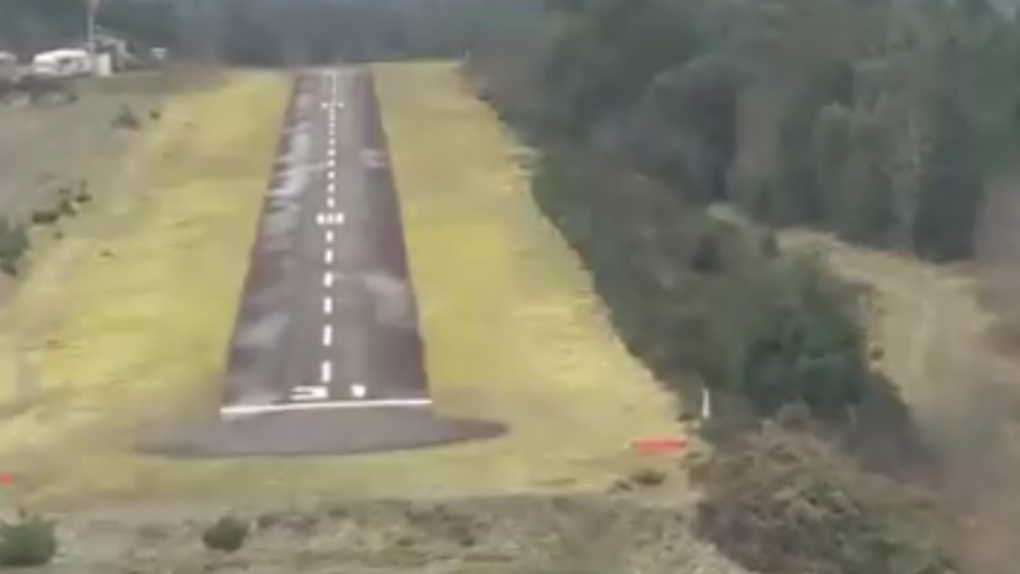 The runway at Duncan airport is seen in this still from a video posted on the Duncan Flying Club Facebook page.

BC Emergency Health Services says three people were taken to hospital Sunday after an incident involving a small plane at the airport in Duncan.

Crews were called to the small Vancouver Island airport at 11:05 a.m., according to a spokesperson for BCEHS. Three ambulances were dispatched and three patients were transported, but EHS was unable to say what condition they were in.

According to Art Reitsma, president of the Duncan Flying Club, the incident was less serious than it could have been.

While he said he hadn't been to the airport on Sunday, he was aware of the incident, and said a small plane had gone off the end of the runway.

Reitsma said his understanding is that there were no serious injuries as a result of the crash.