2 women fined $920 for refusal to wear masks, abusive behaviour on BC Ferries vessel 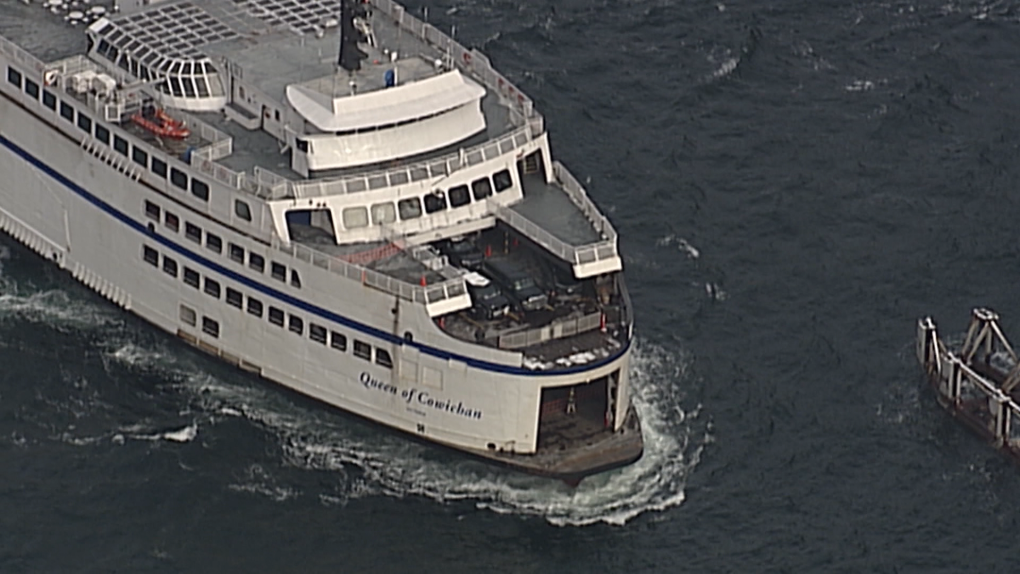 Nanaimo RCMP were called to the Departure Bay ferry terminal just after midnight on Sunday as the Queen of Cowichan ferry was arriving from Horseshoe Bay. (File photo)

VICTORIA -- Two BC Ferries passengers are facing more than $900 in fines for allegedly flouting COVID-19 health orders and acting belligerently towards staff.

Nanaimo RCMP were called to the Departure Bay ferry terminal just after midnight on Sunday as the Queen of Cowichan ferry was arriving from Horseshoe Bay.

Two ferry passengers were escorted off the boat and arrested for mischief, public intoxication and causing a disturbance after allegedly refusing to follow COVID-19 protocols while on board.

Ferry workers told police the two women, aged 19 and 43, were walk-on passengers who refused to wear masks on the vessel.

During the sailing, the women were yelling and being abusive to staff, according to police.

“In fact, one of them screamed at an officer that she was going to kill him,” the RCMP said Wednesday. “The other said that she would sue both officers for false arrest and ensure they lost their pensions.”

The two women were held overnight in Nanaimo police custody.

The pair were released later that day and were each issued violation tickets for failing to wear a face covering ($230) and behaving in an abusive or belligerent manner ($230).

“It should be noted that the two had reusable non-medical masks in their possession at all times but simply chose to not to wear them,” said Const. Gary O’Brien of the Nanaimo RCMP. “The arresting officers elected not to pursue the criminal charges.”