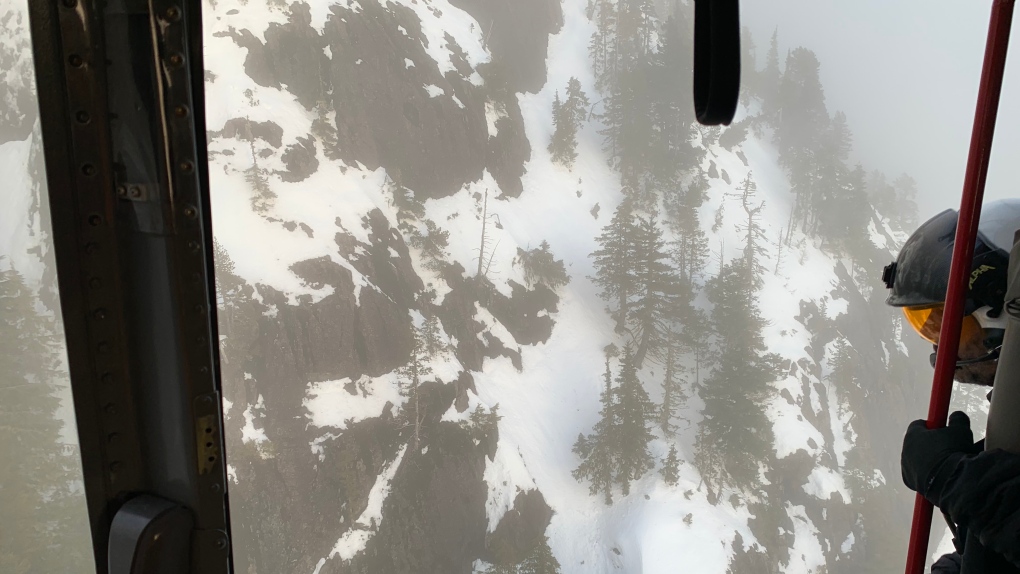 Two hikers were taken to hospital after being injured during a hike on Mt. Arrowsmith: (Nick Rivers/Arrowsmith Search & Rescue)

VICTORIA -- Three lost hikers, two of whom were seriously injured, were rescued by search teams from Mount Arrowsmith on Vancouver Island on Sunday.

Poulson says the trio were inexperienced and had not attempted to climb Mount Arrowsmith before. The hikers had taken a popular trail, Judges Route, up the mountain but had lost the trail coming back down.

“They had ended up in an area that was quite technical and one of them sustained a fall as a result,” said Poulsen.

The hikers then found themselves near a steep drop in snowy conditions.

“They all fell basically into a chute and were holding each other, one after another, perched in a very precarious position kind of where if one of them let go, they’d all go,” said Poulsen.

Fortunately, the trio had access to cell service and called for help. The hikers then waited at the top of the chute, which led to a steep decline of several hundred feet, until rescuers arrived.

Poulsen says that rescuers from Port Alberni, Mount Arrowsmith and a team from CFB Comox assisted with the rescue, which was difficult due to the hikers’ position.

By approximately 9:30 p.m., the trio were hoisted up by helicopter rope rescue teams and flown to a hospital in the Comox Valley.

Poulsen says that two of the three hikers, both female, had sustained serious injuries. The third hiker, a male, was uninjured. From what the search manager understands, the two injured hikers have since been transferred to a different hospital for higher levels of care.

Searchers are once again asking outdoor recreationists to be prepared before they enter the island’s backcountry. Poulsen says that the trio had adequate gear for the hike, but not for being lost for multiple hours.

“Across the board, outdoor activities and incidents are on the rise,” said Poulsen.

“It’s great that people are getting into the backcountry and doing stuff – but at this point in time, stick to your own backyard and places you know as opposed to taking on a new mountain and a new challenge,” he said. “It’s not the time to do it.”