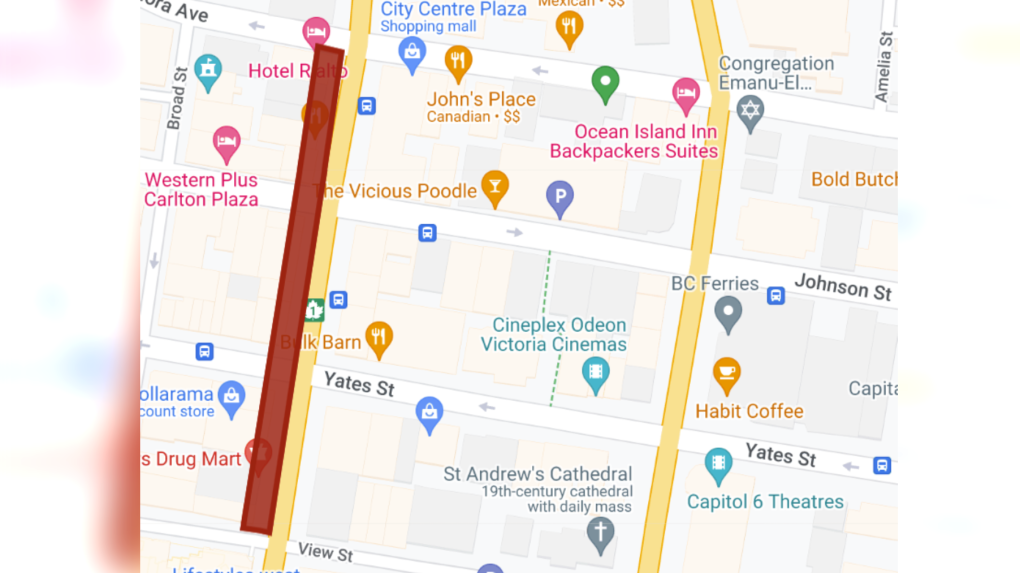 Police in Victoria say one woman and one teenage girl were assaulted with hot beverages in separate incidents Wednesday, including one who was taken to hospital for assessment.

Police said in a release Thursday that a teenage girl was sitting at a bus stop in the 1200-block of Douglas Street when she had a hot liquid, possibly coffee, thrown on her legs by an unknown person.

Approximately 10 minutes later, a woman was crossing the street in the 1400-block of Douglas Street when a stranger threw hot liquid on her legs, police said.

Victoria police did not provide a description of the alleged perpetrator.