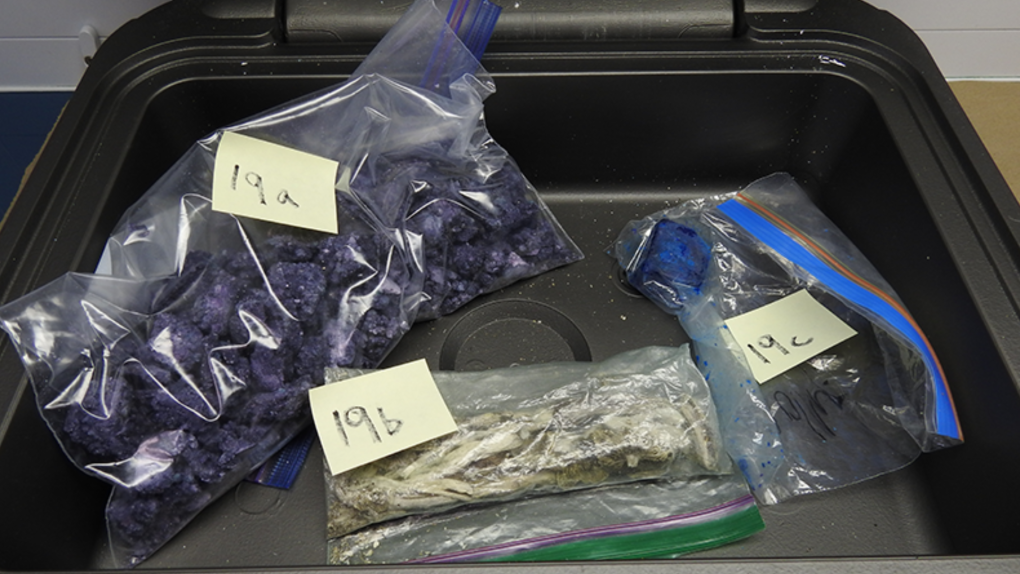 Police say that a significant amount of drugs that were coloured for branding and trafficking were seized at a Victoria apartment building last week: (Victoria Police)

The items were found following a lengthy investigation into drug trafficking and stolen property in the region.

Police say that in mid-April, officers received a tip from the public and began a drug trafficking investigation related to a house in the 1100 block of Kings Road.

As the investigation unfolded, two suspects – a man and a woman – who lived at the home moved to a multi-unit residential building in the 3200 block of Quadra Street.

Police continued the investigation at the new location, and eventually executed a search warrant on the property on April 30.

Victoria Police, Saanich Police and the Greater Victoria Emergency Response Team (GVERT) entered the unit and located “significant amounts” of drugs, some of which were colour-coded and packaged for trafficking.

The two residents were not inside the suite at the time.

Police say they are continuing to search for the man and the woman, who are believed to be “evading police.”

VicPD is now working to secure warrants for their arrest, and are recommending four separate charges for each individual. Police say the man faces additional recommended charges for violating court-ordered conditions.

Anyone who spots suspicious activity in their neighbourhood is asked to call Victoria police at 250-995-7260.

Images of many of the seized items can be viewed below: