2 arrested for fatal hit-and-run in Parksville 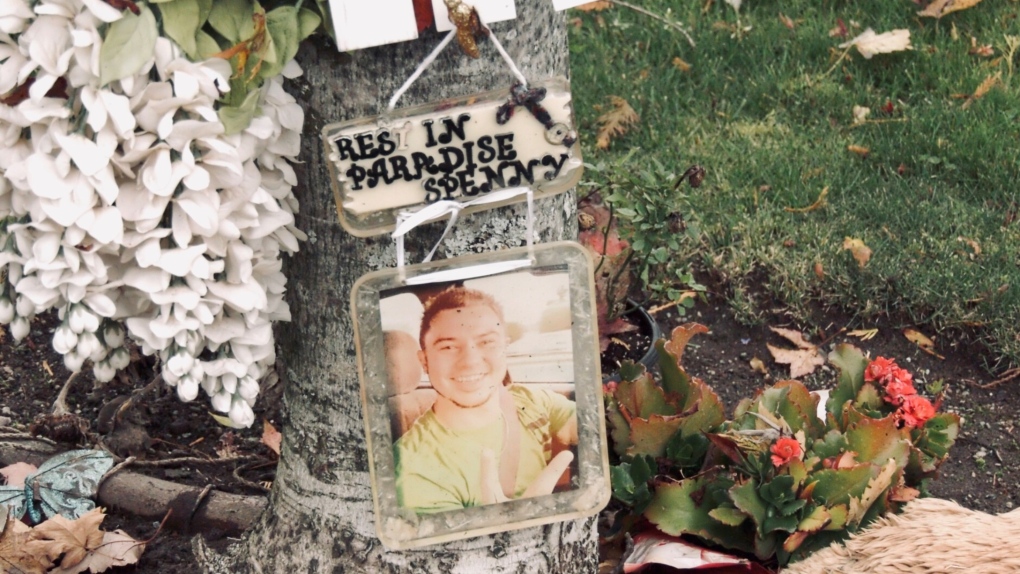 A memorial for Spencer Moore, 32, who died in a hit-and-run crash in Parksville in 2019 is pictured along Hirst Avenue: (CTV News)

VICTORIA -- Two men have been arrested following a lengthy investigation into a fatal hit-and-run in Parksville last year, according to Oceanside RCMP.

The crash, which claimed the life of 32-year-old Spencer Moore, occurred in the early hours of Aug. 24, 2019, along Hirst Avenue.

Police say that the "lengthy, complex investigation" recently came to a head with the arrests of two men in connection to the crash.

Mounties say that Ryan John Grob, 35, and Travis Zackery Taylor, 31, were arrested last week and are facing a range of charges.

Grob, who police believe was the driver at the time, has been charged with impaired driving, dangerous driving causing death, failure to remain at the scene of a crash and obstruction of justice.

Taylor, who was allegedly a passenger in the vehicle at the time, is facing one charge of obstruction of justice. Mounties say that all charges have been approved by Crown counsel.

"It required a coordinated and collaborative effort between the frontline officers, traffic services and general investigation section at Oceanside," he said. "I am very pleased with the concerted efforts of our team that has resulted in charges being laid in this matter."

Grob is currently being held in police custody and is scheduled to appear in Nanaimo Provincial Court on Monday. Taylor has been released on conditions, say police.